One Step Closer to Home

A Close to Home Collection

"When John McPherson looks at the world around him, he sees it differently than the rest of us. He notices the oddities in people (a polite way of saying you don’t want his characters next to you on the bus)." —San Jose Mercury News

If Close to Home is like your home, you’re in big trouble. The wild and wacky characters who live in the mind of cartoonist John McPherson go way over the edge, transporting readers to a world that’s as hilarious as it is harrowing.

In fact, McPherson’s genius comes from his ability to take an everyday situation–then blast it to the ridiculous. A cartoon of a man whose tongue hangs out while he sweats onto his TV is captioned, "Losing the TV remote control awakened Bob to the fact that he wasn’t exactly in peak physical condition." During a car trip, a couple flies out the back windows while the driver says, "You folks holler if that’s too much air for you back there." Little Brother goes through Dad’s ties as Big Sister stands nearby with a Happy Father’s Day box in hand, yelling, "For cryin’ out loud, just pick one! He’s never going to recognize it!"

One Step Closer to Home is sure to be a favorite. To be certain, this artist’s oddball characters present a distorted mirror of each of us, catching us in the act of being ourselves and often hitting delightfully Close to Home.

John McPherson hails from Painted Post, New York. He holds mechanical engineering and English degrees from Bucknell University and began drawing Close to Home in 1992. He currently resides in upstate New York with his two sons. 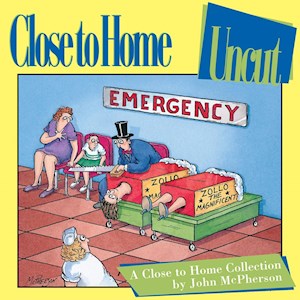 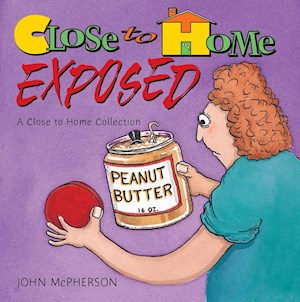 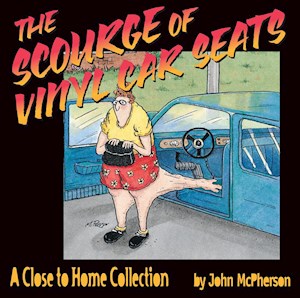 The Scourge of Vinyl Car Seats 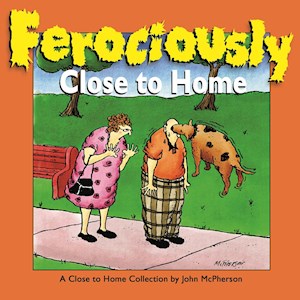 Everything I Need to Know I Learned on Jerry Springer

A Million Little Pieces of Close to Home 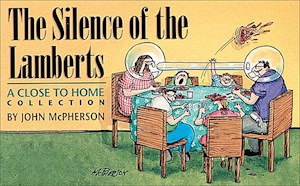 The Silence of the Lamberts 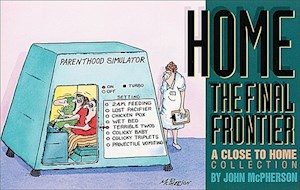 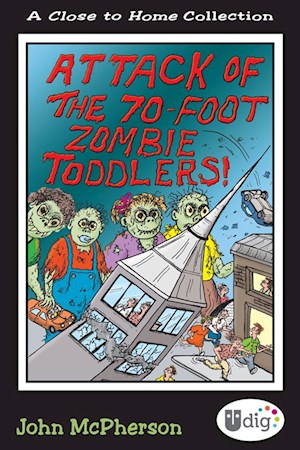 Close to Home: Attack of the 70-Foot Zombie Toddlers! 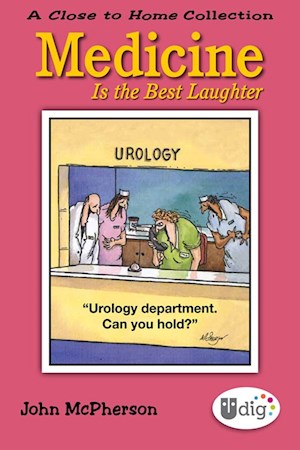 Close to Home: Medicine Is the Best Laughter 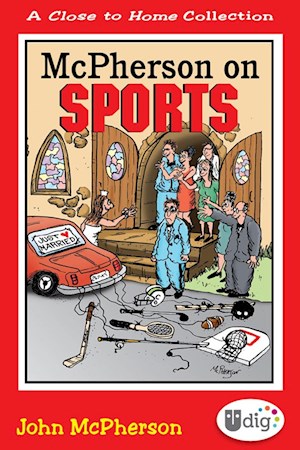 Close to Home: McPherson on Sports 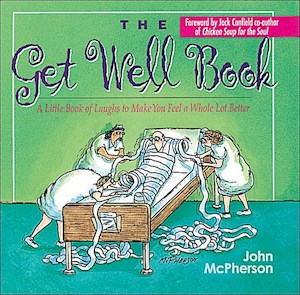 The Get Well Book 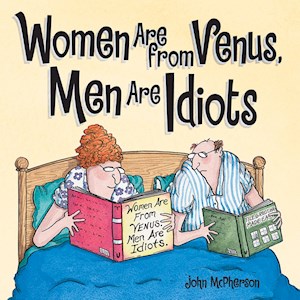 Women Are from Venus, Men Are Idiots