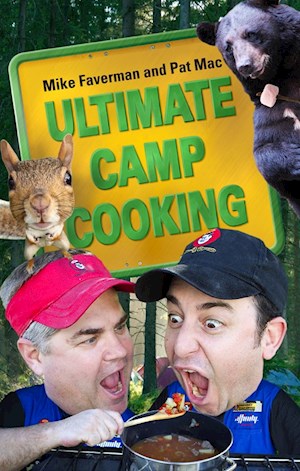 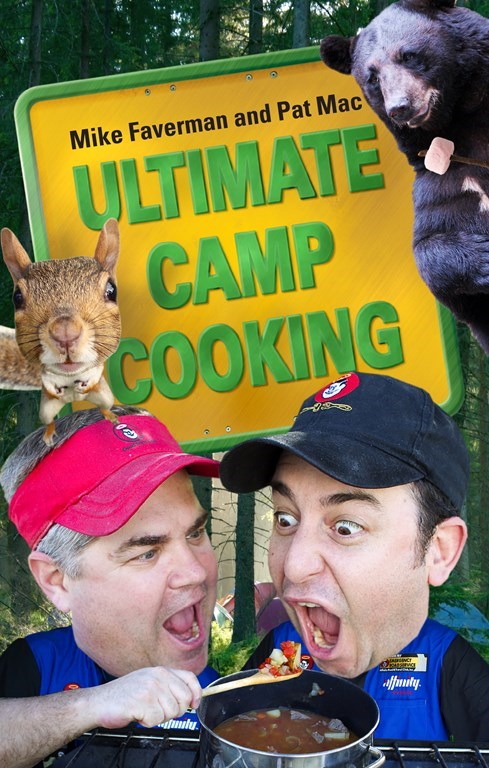 The Abbott and Costello of outdoor cooking present an affordable, portable, entertaining, and indispensable cookbook for campers, travelers, and anyone who wants to capture a little bit of the outdoor lifestyle wherever they go.

What started as two stand-up comedians using their comedic and cooking talents to produce a DVD has grown into Ultimate Camp Cooking, a franchise that boasts several DVDs, a traveling road show, and now the ultimate cookbook for outdoor enthusiasts.

Inside this portable, durable flexibound book, outdoor cooks will find more than 80 tasty dishes that can either be grilled over an open flame or cooked over a campfire in a Dutch oven. Faverman and Mac travel the United States to meet people and teach them how to make gourmet-quality dishes right at their campsites. Each delicious recipe is easily prepared using familiar, flavorful ingredients and basic cooking techniques, and the results are fantastic!

Also included are full-color photographs for most dishes, as well as hilarious stories and handy tips and tricks from the Ultimate Camp Cooking pros. Tired of hot dogs and granola bars? Instead, consider recipes such as Dutch Oven Benedict, Blue Cheese Meatballs, and S’more Pies. Ultimate Camp Cooking has those and many other amazing and satisfying meals–all cooked campside with little fuss, but a whole lot of flavor.

Mike Faverman has been touring the United States as a stand-up comedian for more than 10 years and has been a staple at the most famous comedy club in the world, the Comedy Store. He currently tours the United States with Ultimate Camp Cooking, a live-demonstration and DVD cooking series sponsored by five multimillion dollar corporations. He has been featured on Showtime, Wealth TV, the New England Sports Network, and Playboy TV. He resides in Los Angeles, California.

Mike is a proud member and representative of the Good Sam Club. He will be touring the United States presenting their live Ultimate Camp Cooking show to coincide with the book's release.