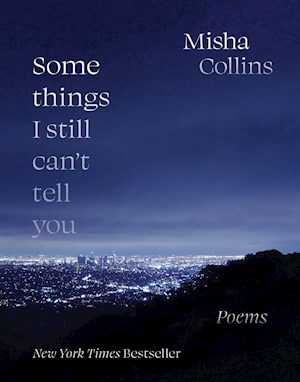 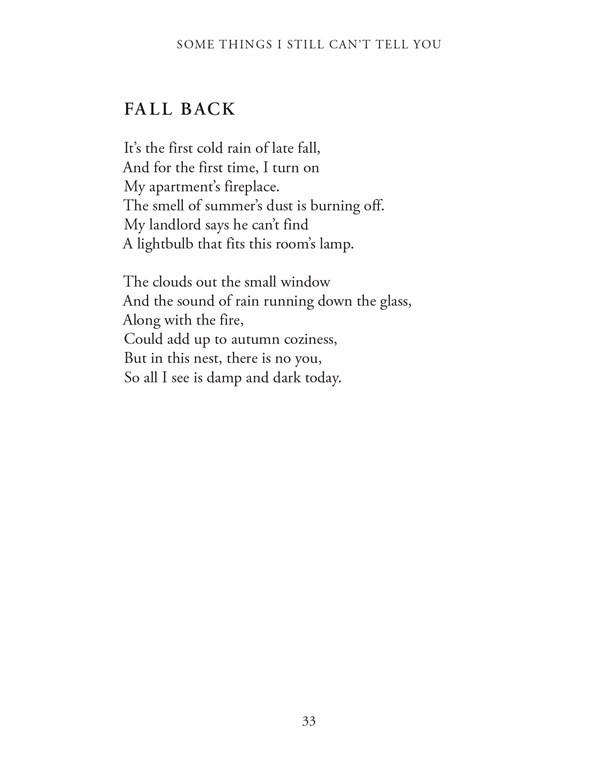 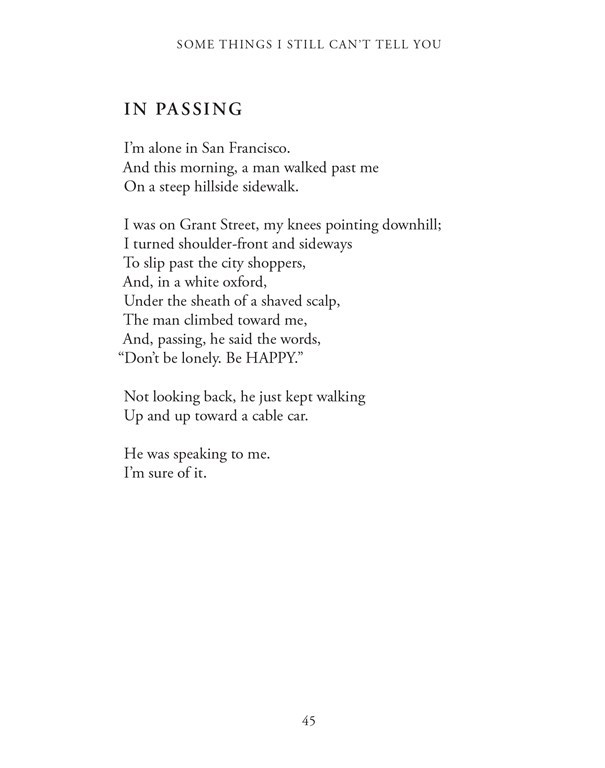 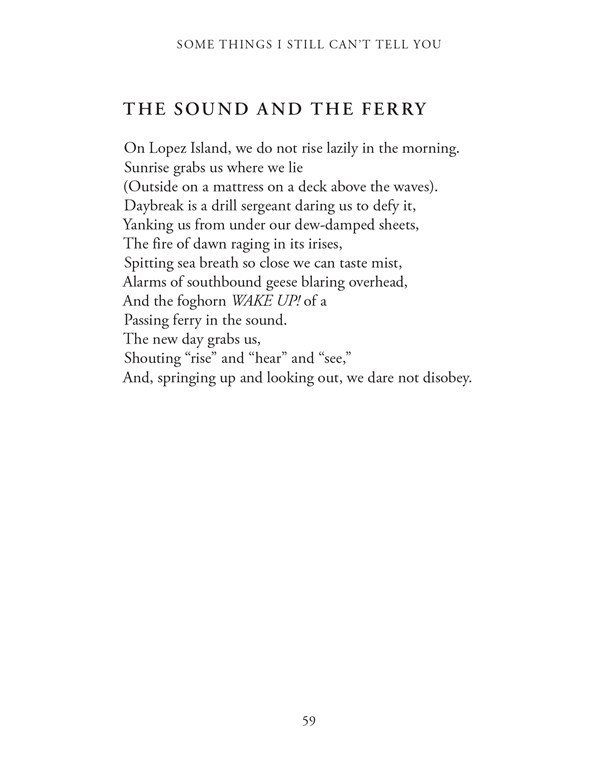 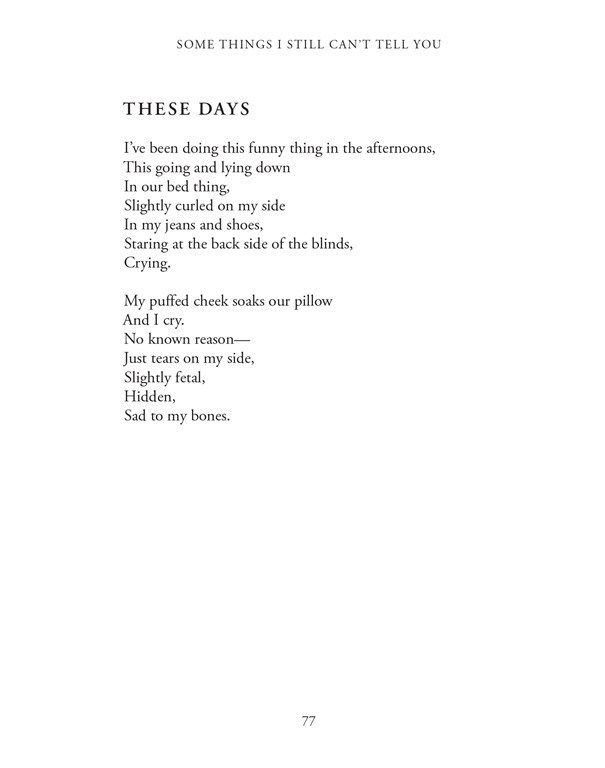 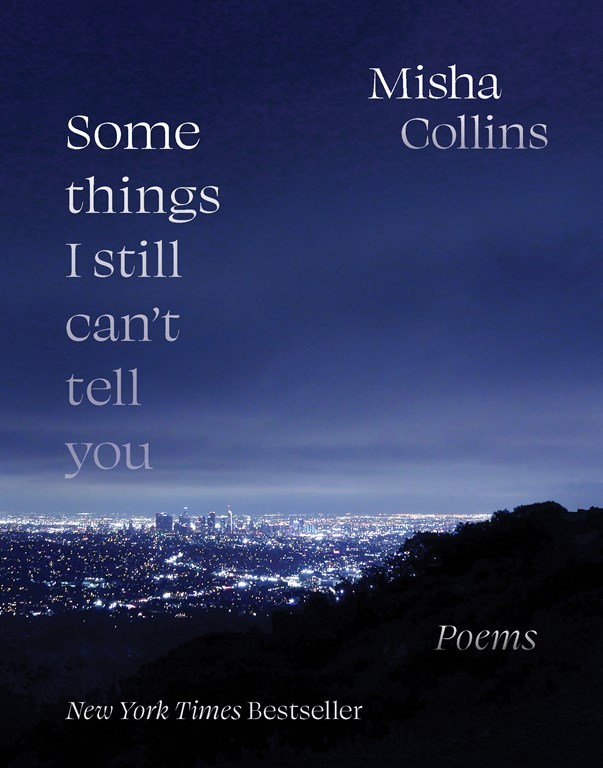 Some Things I Still Can’t Tell You

NEW YORK TIMES BESTSELLER!  From Misha Collins, actor, longtime poet, and activist, whose massive online following calls itself his “Army For Good," comes his debut poetry collection, Some Things I Still Can't Tell You. Trademark wit and subtle vulnerability converge in each poem; this book is both a celebration of and aspiration for a life well lived.

This book is a compilation of small observations and musings. It's filled with moments of reflection and a love letter to simple joys: passing a simple blade of grass on the sidewalk, the freedom of peeing outdoors late at night, or the way a hand-built ceramic mug feels when it's full of warm tea on a chilly morning. It's a catalog and a compendium that examines the complicated experience of being all too human and interacting with a complex, confounding, breathtaking world … and a reminder to stop and be awake and alive in yourself.

Misha Collins is an actor, author, and activist focused on inspiring change through art and by gamifying civic engagement and social good. Misha was a lead on Supernatural, the longest-running sci-fi/fantasy series in U.S. history, where he portrayed the angel Castiel. When not in front of the camera, Misha connects with his millions of social media followers to promote social change through projects like GISH, his Guinness World Record-setting global scavenger hunt that fosters creative mayhem to inspire social activism, and Random Acts, his nonprofit, which has raised millions to complete grassroots charitable projects.

Misha is a published poet and author of bestselling book The Adventurous Eaters Club  (HarperOne). A University of Chicago graduate with a B.A. in Social Theory, Misha is a former White House intern who has campaigned extensively for progressive candidates nationwide, working as a surrogate for the Clinton and Biden teams, Stacey Abrams, and other national leaders. In his spare time, he enjoys baking, woodworking, and making fun of corrupt politicians. 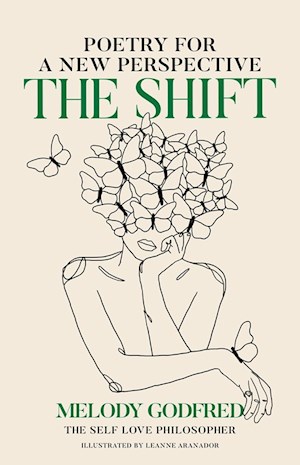 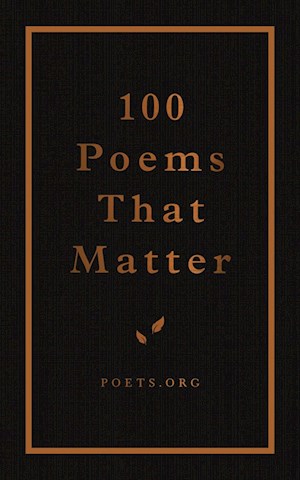 The Academy of American Poets 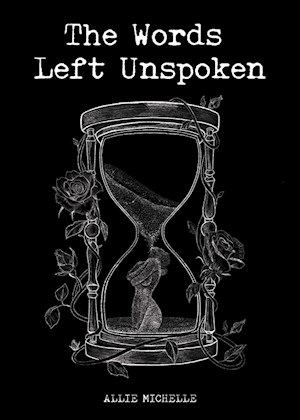 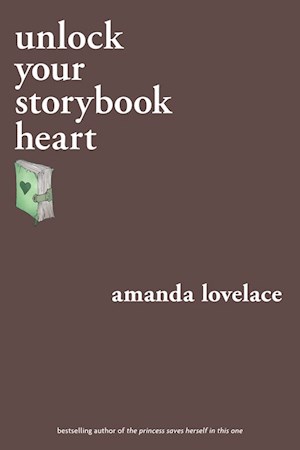