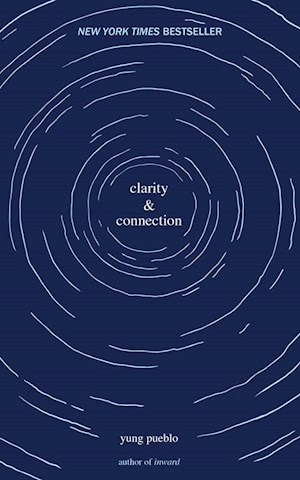 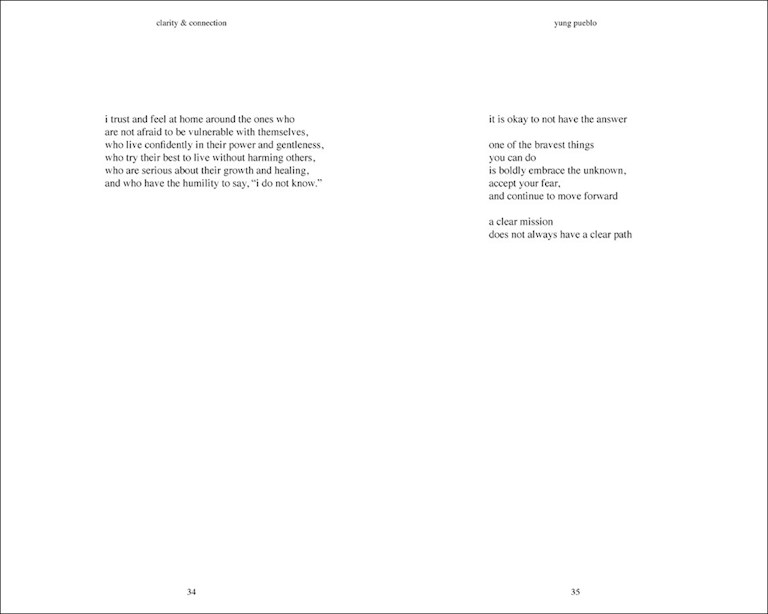 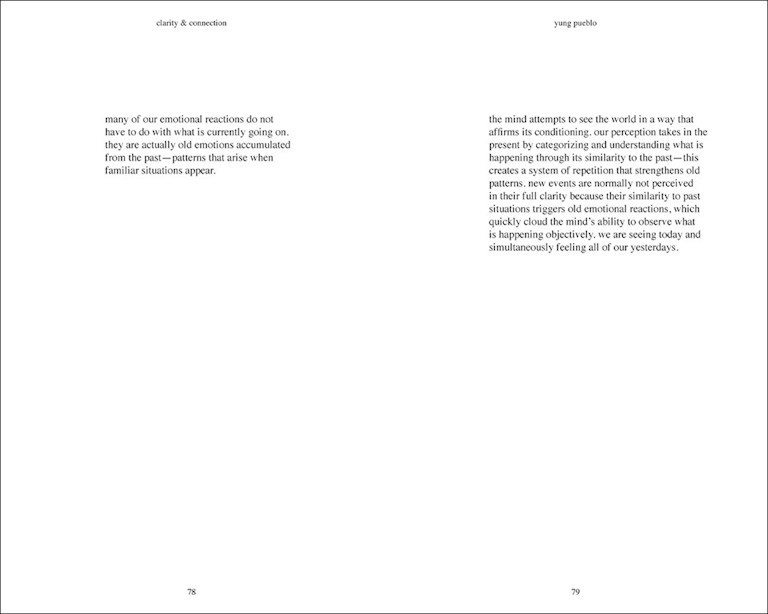 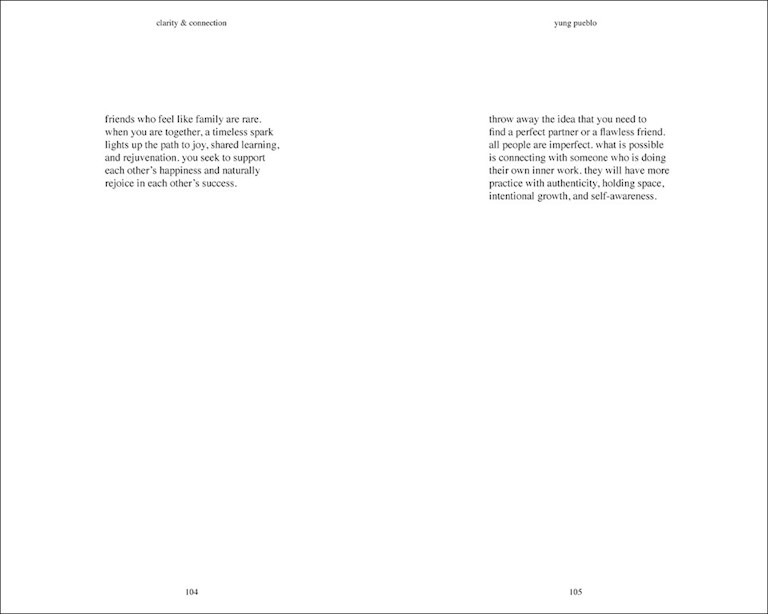 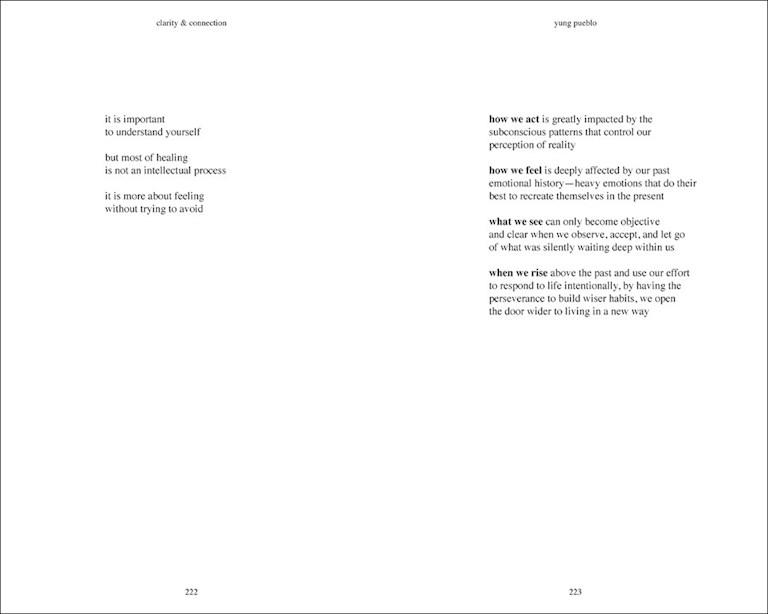 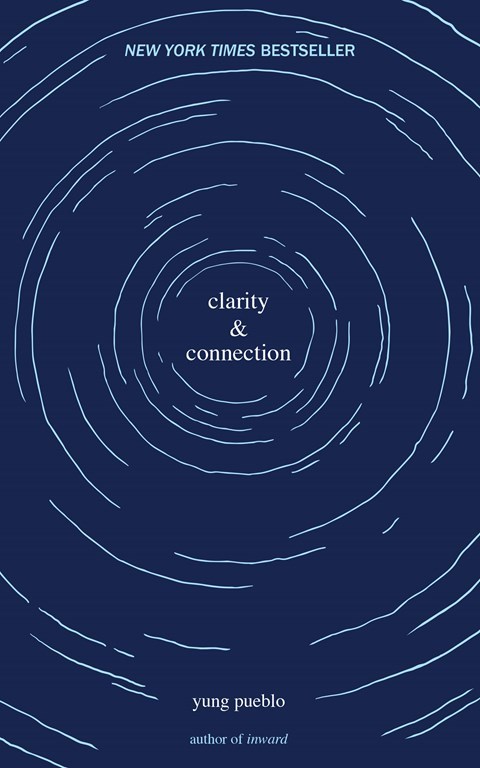 From the celebrated author of Inward comes a new collection of poetry and short prose focused on understanding how past wounds impact our present relationships.

In Clarity & Connection, Yung Pueblo describes how intense emotions accumulate in our subconscious and condition us to act and react in certain ways. In his characteristically spare, poetic style, he guides readers through the excavation and release of the past that is required for growth.

To be read on its own or as a complement to Inward, Yung Pueblo’s second work is a powerful resource for those invested in the work of personal transformation, building self-awareness, and deepening their connection with others.

Diego Perez was born in Ecuador and immigrated to the United States as a child. He grew up in Boston and attended Wesleyan University. During a silent Vipassana meditation course in 2012, he saw that real healing and liberation were possible. He became more committed to his meditation practice while living in New York City. The results he witnessed firsthand moved him to describe his experiences in writing.

The penname Yung Pueblo means “young people” and is meant to convey that humanity is entering an era of remarkable growth and healing, when many will expand their self-awareness and release old burdens.

Diego’s online presence as Yung Pueblo, as well as his books, Inward and Clarity & Connection, are meant to serve those undertaking their own journey of personal transformation.

Today, Diego resides in Western Massachusetts with his wife, where they live quietly and meditate daily. 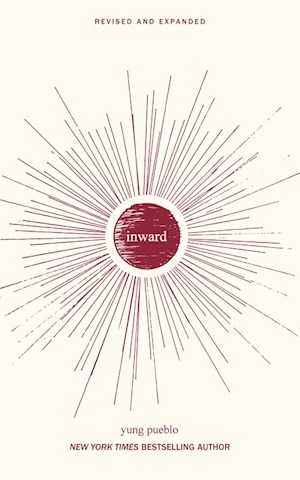 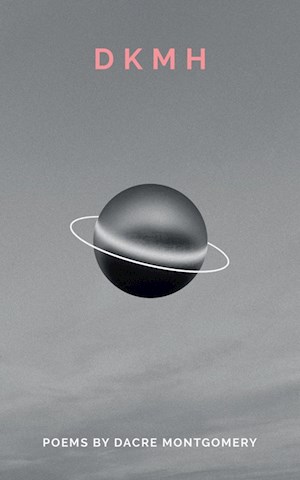 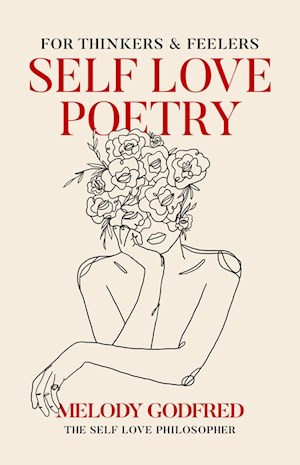 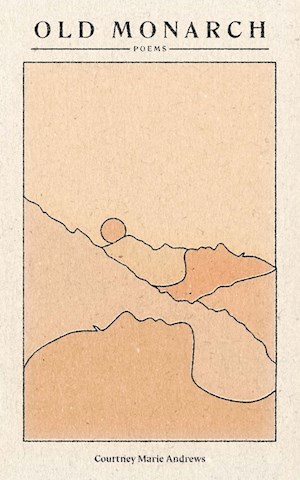 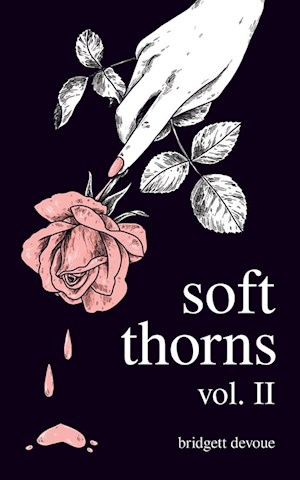