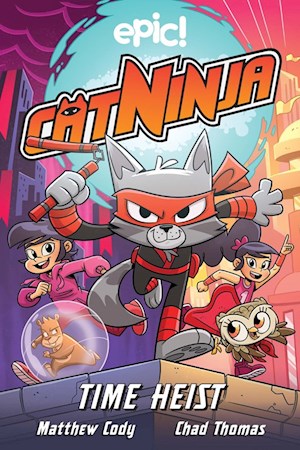 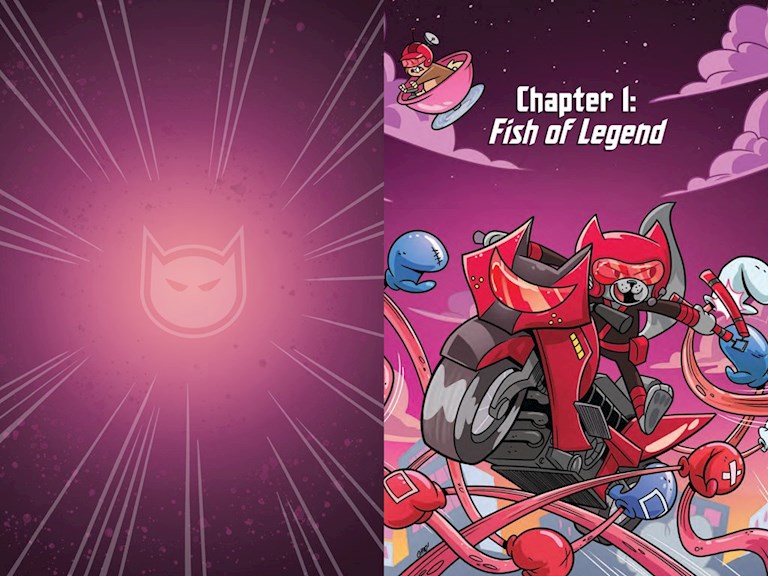 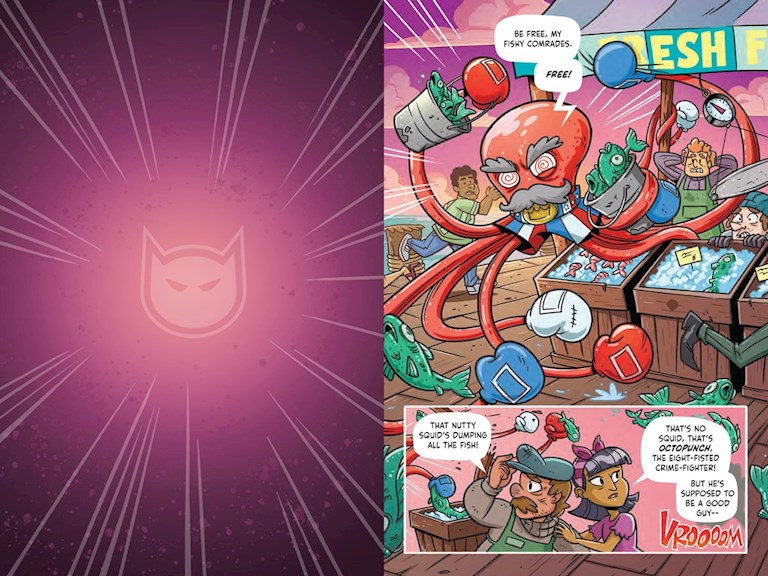 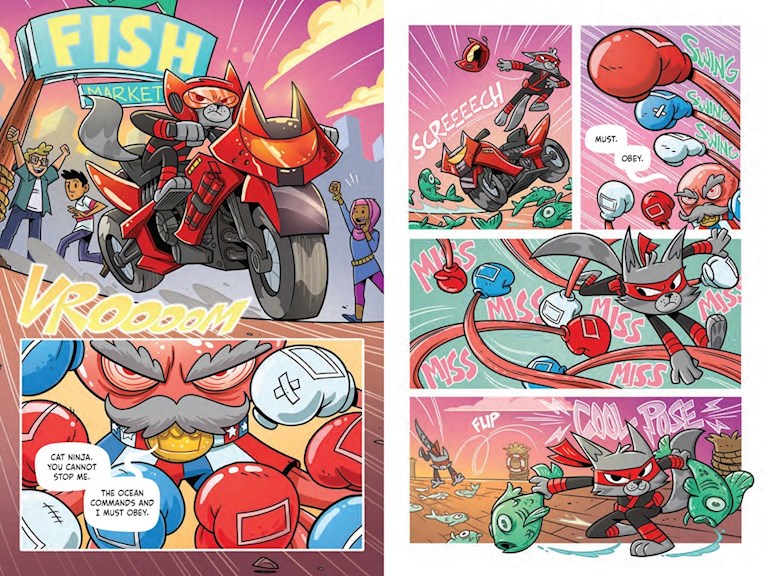 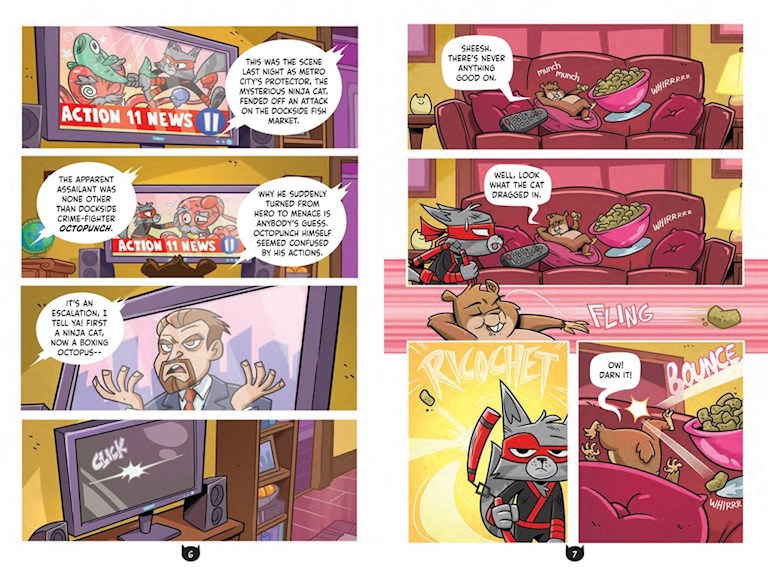 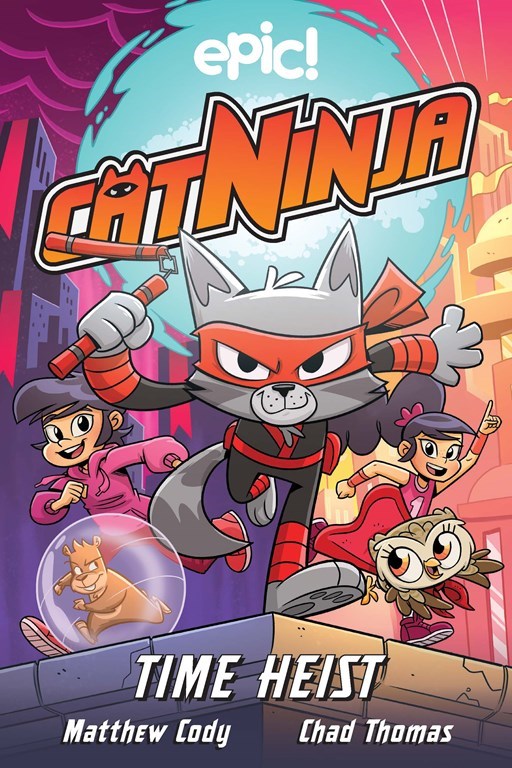 From Epic Originals comes an action-packed graphic novel series about a new breed of superhero. Return to Metro City's furry underbelly in this exciting follow-up to Kirkus-starred Cat Ninja volume 1!

When Leon brings a mystery egg home from school, Cat Ninja and Master Hamster face their biggest challenge yet: babysitting! And while they’re pretty sure they can keep an egg out of trouble, they know they’re in over their heads when that egg hatches into a high-energy ball of feathers and cuteness. It’s baby’s first superhero adventure when they decide to bring their newest family member along as they uncover the identity—and nefarious motives—of Metro City’s latest foe.

Through the shared adventures of these former adversaries, kids learn the importance of:

• Using your powers—super or not!—to stand up for those who need your help
• Family, in all its forms
• Second chances

Chad Thomas first picked up a pencil in 1983, decided to draw cartoons in 1988, and finally started getting paid for it in 2005. He loves his family, comic books, and Star Wars, and he will let his children beat him in checkers, but never in Mario Kart. He has worked with a number of publishers in the comic industry on books such as TMNT, Star Wars Adventures, and Mega Man. He has also illustrated several children's science and learning activity books. 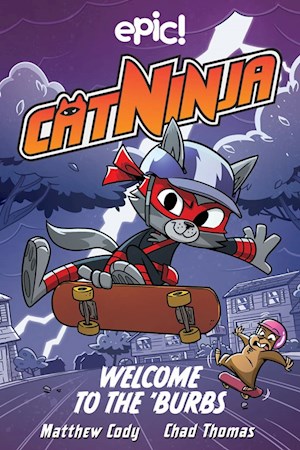 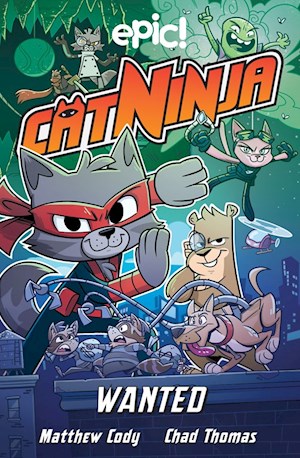 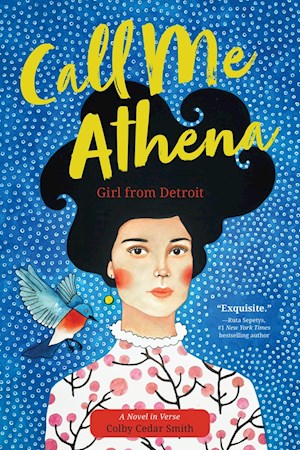 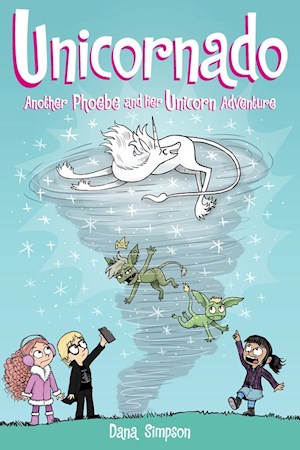