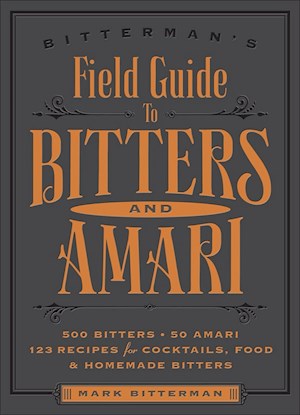 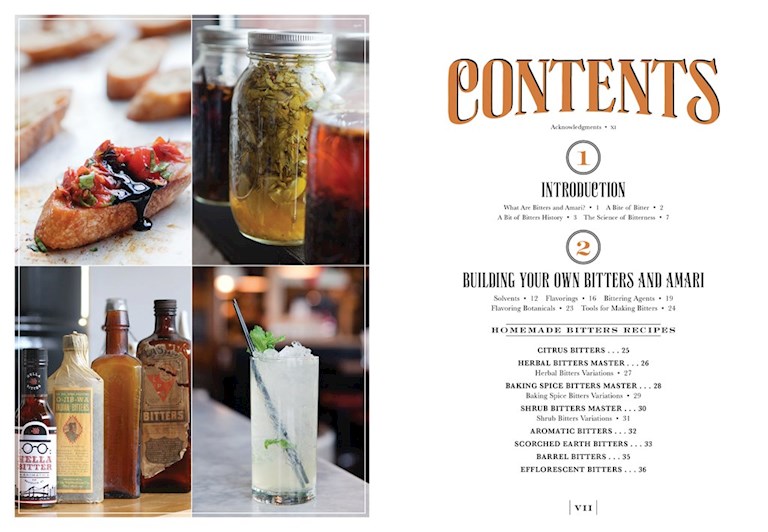 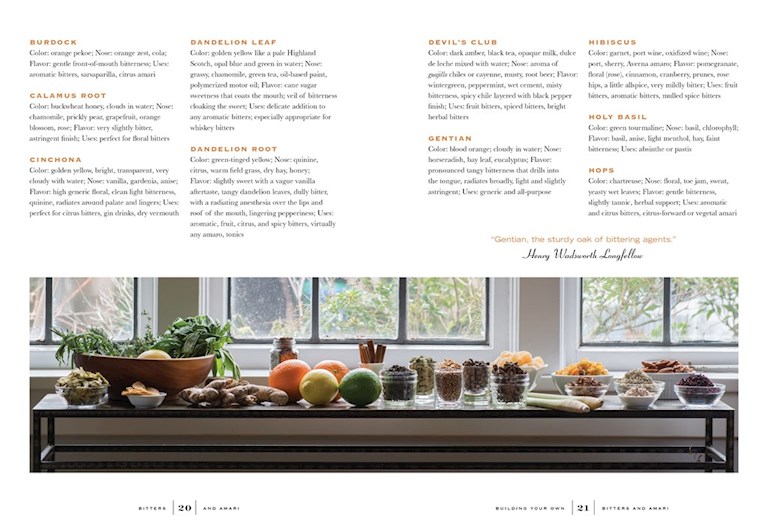 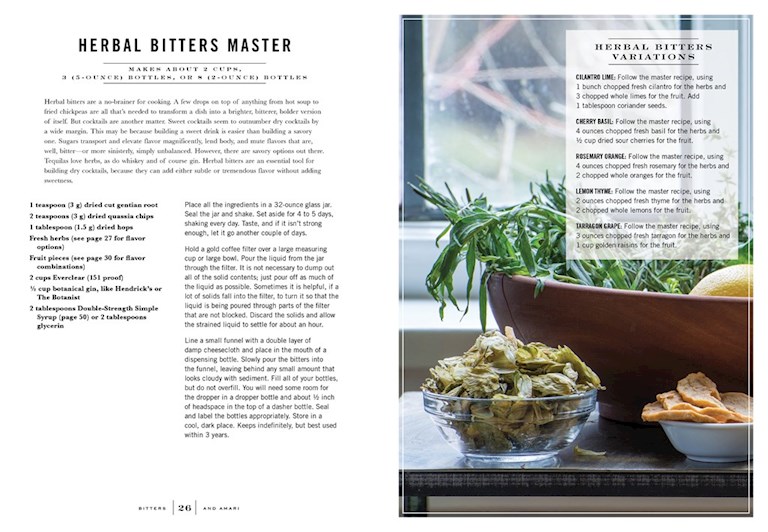 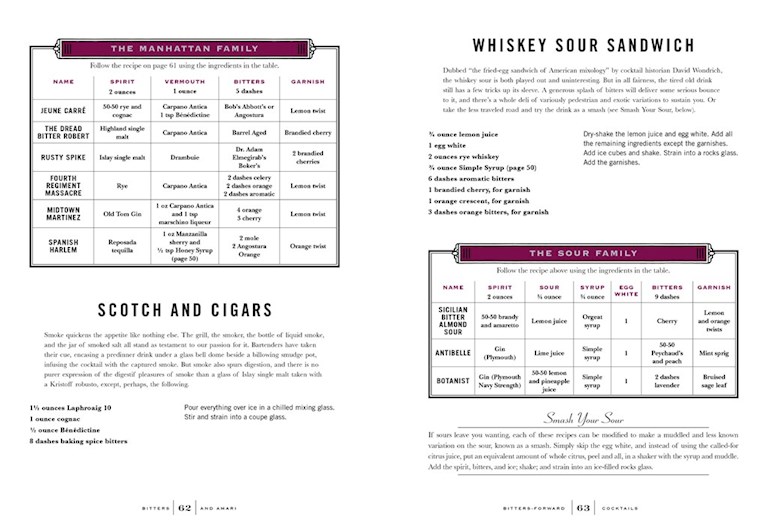 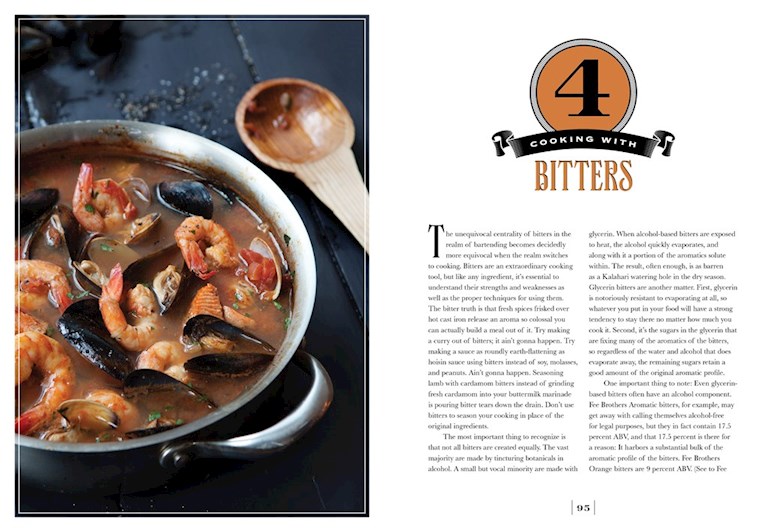 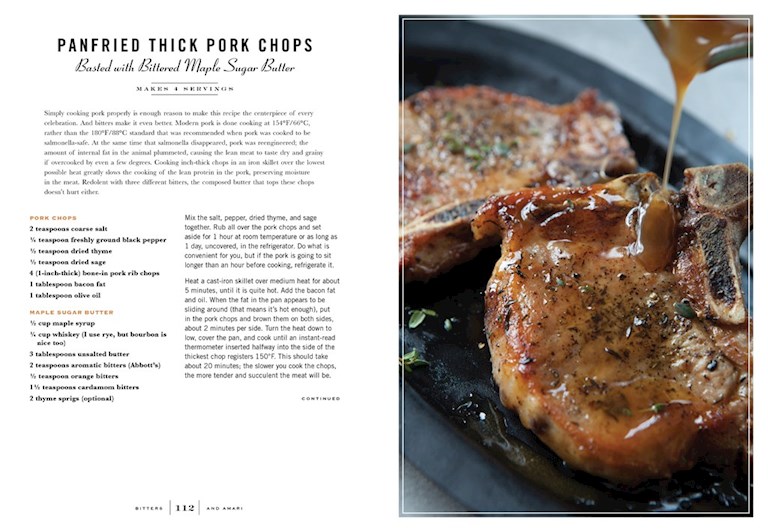 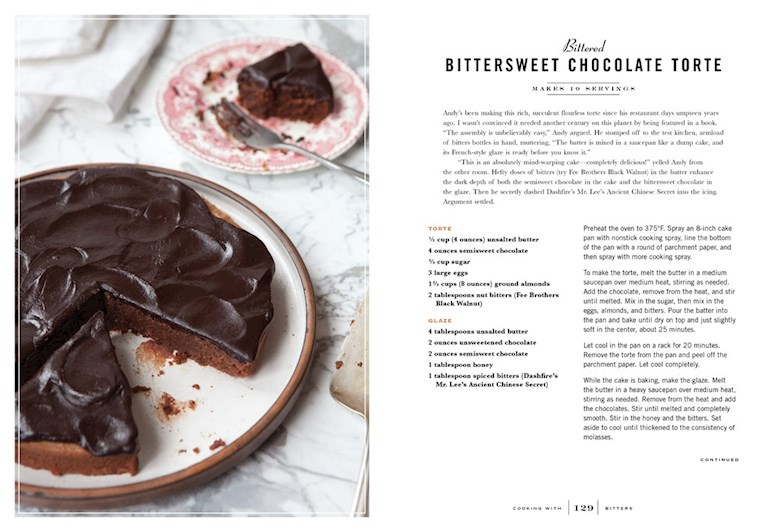 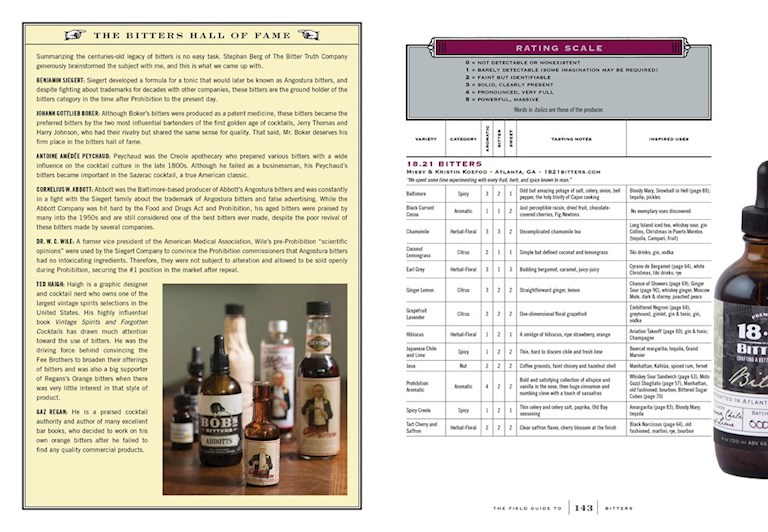 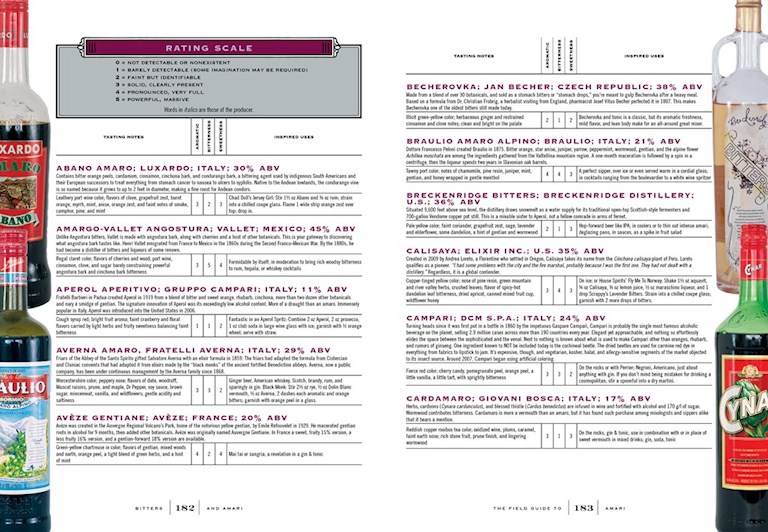 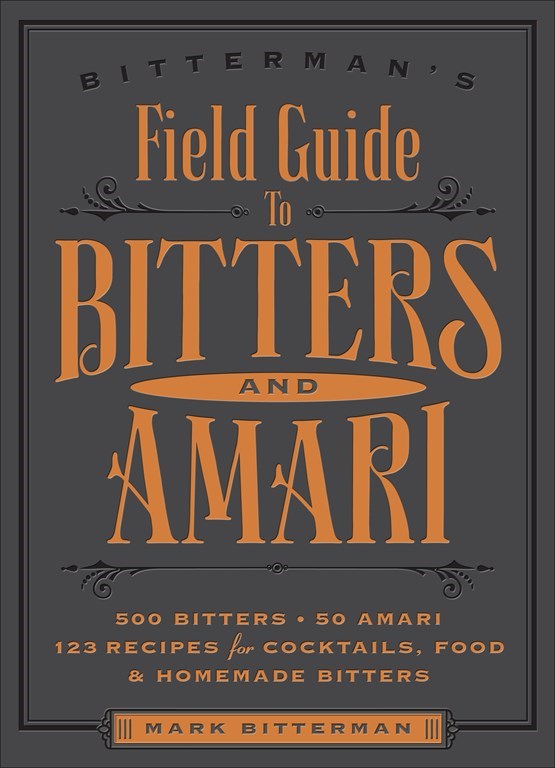 The most comprehensive handbook available on selecting, understanding, mixing, and cooking with bitters, for everyone from professional bartenders and chefs to casual entertainers and home cooks.
Hundreds of cocktail bitters are on the market, and millions are turning to them to add punch, pizzazz, and complexity to their cocktails and even their cooking. But the storm of exciting brands and flavors has even the savviest bartenders puzzled over their personalities and best uses. Bitterman's Field Guide to Bitters and Amari is the handbook that decodes today’s burgeoning selection of bitters, along with their kindred spirits amari and shrubs, complete with 190 photographs.

The introduction includes everything you need to know to understand what bitters and amari are and how to use them. recipes for making essential and inventive bitters at home. The next section offers 123 recipes for making essential bitters at home, mixing, and cooking bitters, from a Burnt Grapefruit Gimlet to a Martini Julep, from Bittered Bittersweet Chocolate Torte to BBQ Pork Ribs with Bittersweet BBQ Sauce. Bitterman's Field Guide to Bitters and Amari cracks open the full potential of bitters, inspiring and empowering people to try them. The final section includes a comprehensive field guide to the wide world of the more than 500 great bitters and 50 amari available today. Complete with tasting notes, profiles of important makers and brand photography, the guide gives everyone from pro bartenders to home cooks a solid foundation for buying and using bitters.

Mark Bitterman’s pursuit of bitters started as a child with a surreptitious sip at a family cocktail party. The spicy-bitter-sweet-stinging taste sparked a lifelong wanderlust for flavor. Decades later Bitterman opened the Meadow and began selling the largest selection of bitters in the world at all three locations. A renowned ingredient expert, Bitterman won a James Beard Award for his first book, Salted. He has been featured in the New York Times, Splendid Table, Food & Wine, Bizarre Foods, and countless other media. It has been speculated that Bitterman’s family name, which has Ashkenazic roots in Bulgaria, proves that bitters is in his DNA. 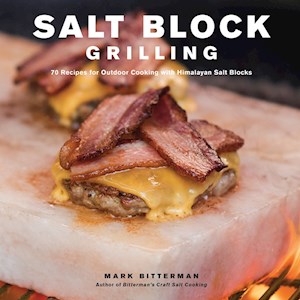 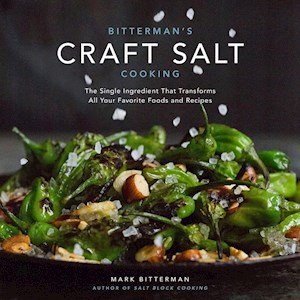 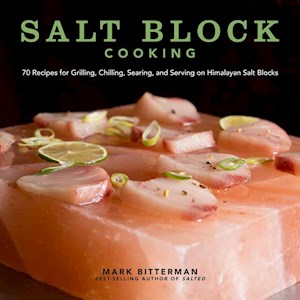