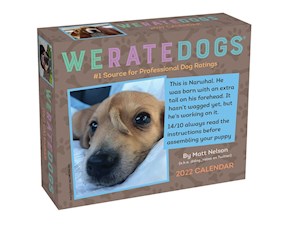 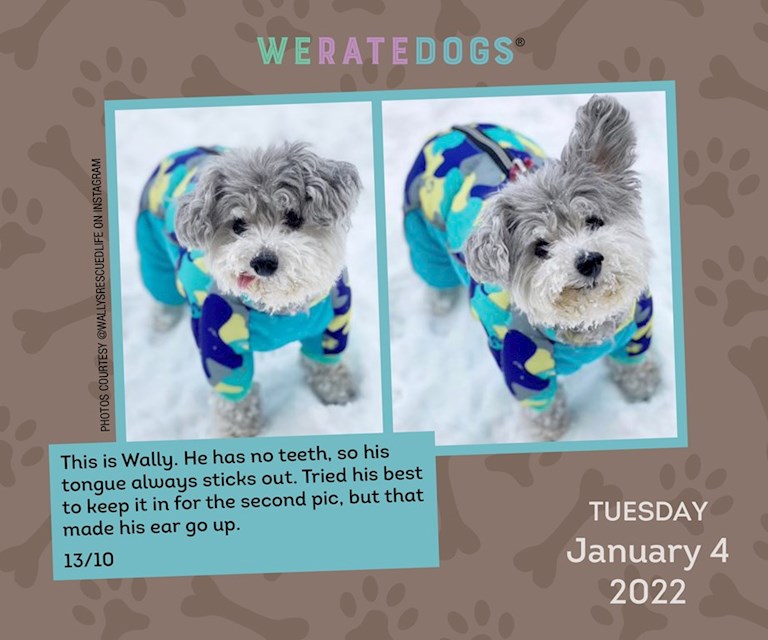 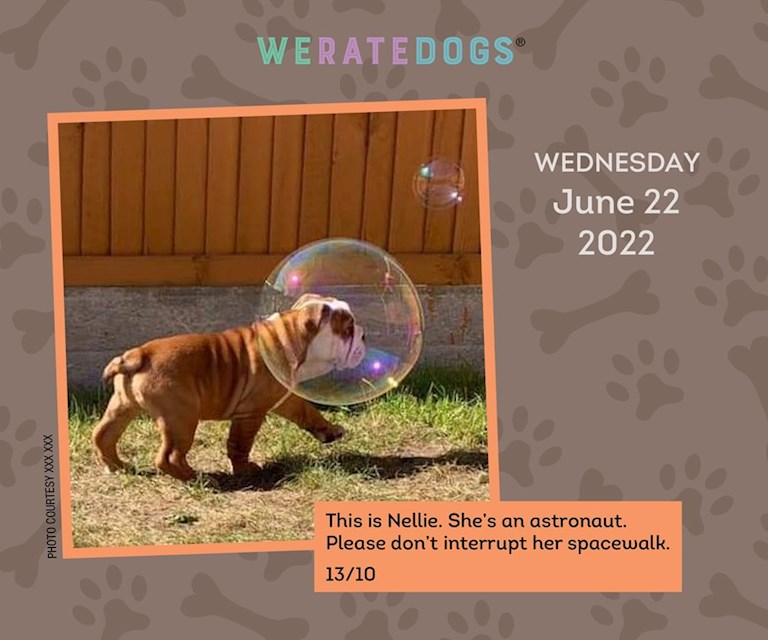 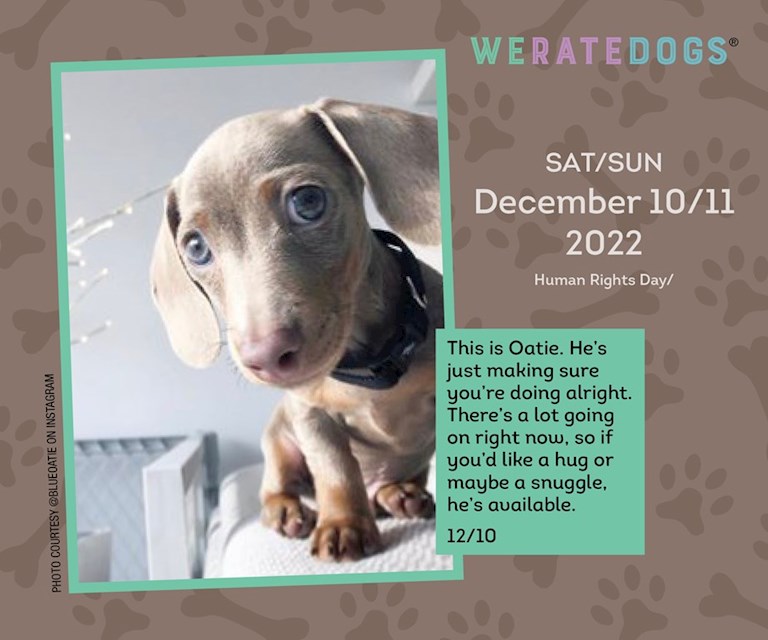 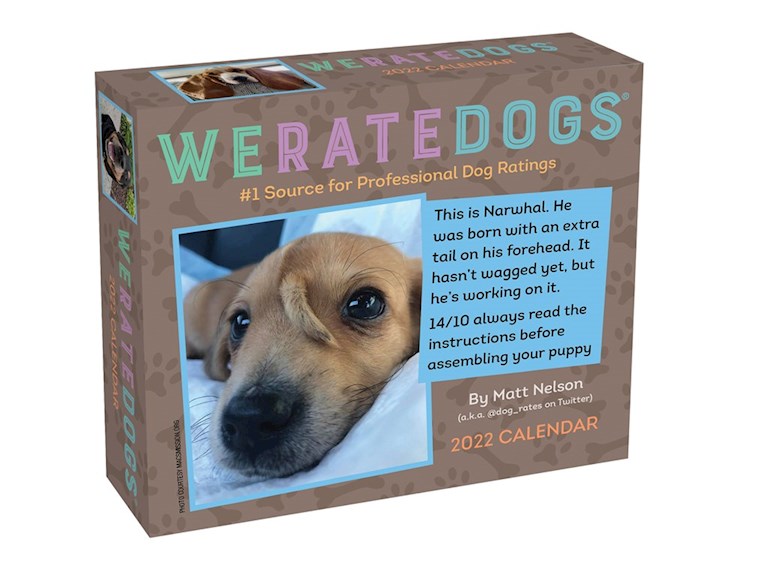 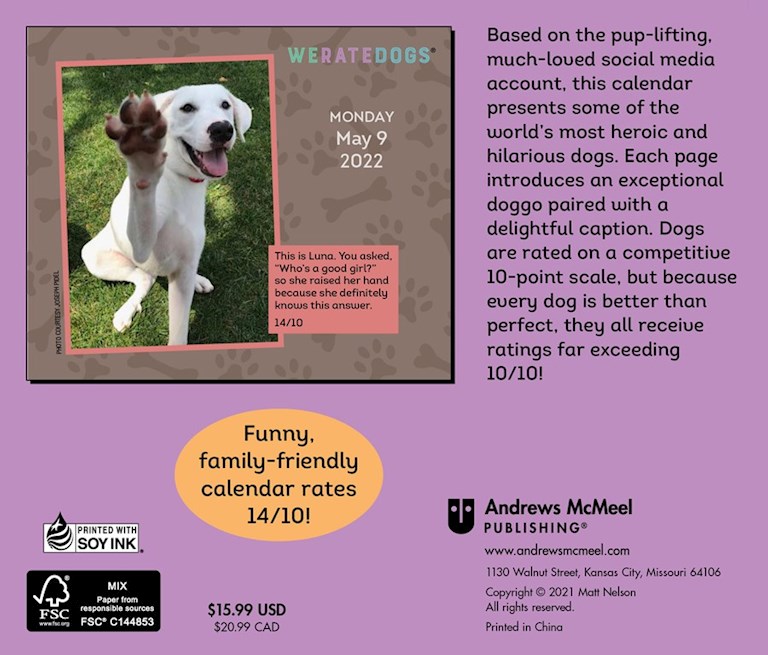 Based on the funny, paws-tively adorable @dog_rates Twitter and Instagram accounts, this daily calendar introduces you to a year’s worth of exceptional doggos.

Each page of the calendar features a delightful picture of a dog paired with a comical, punny caption overflowing with magical wit that only creator Matt Nelson can provide. Dogs are rated on a competitive 10-point scale, but because all dogs are good dogs, every pupper deservedly earns a rating of greater than 10/10!

Matt Nelson is the creator behind two of the most treasured accounts on the internet, Twitter’s Thoughts of Dog (@dog_feelings) and WeRateDogs (@dog_rates). Since launching the accounts in 2015 and 2017, Matt has built a community of more than 15 million followers combined on Twitter, Instagram, and Facebook. He currently resides in Los Angeles, California. Find Matt on Twitter @dogfather. 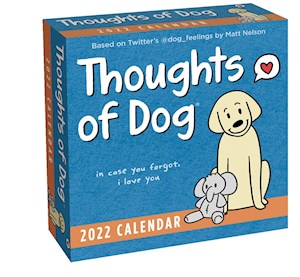 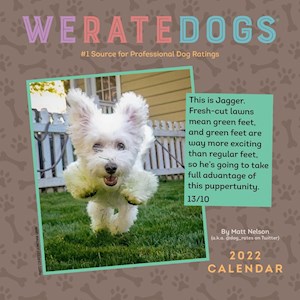 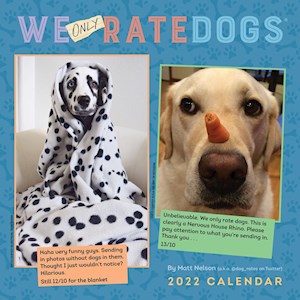 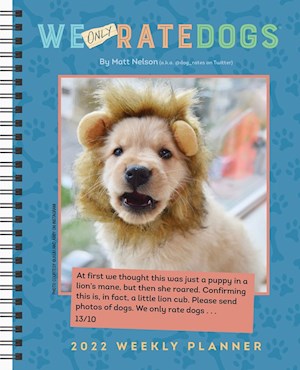 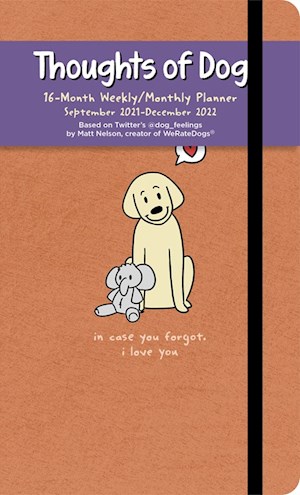 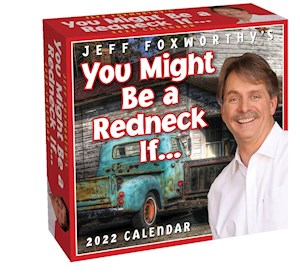 Jeff Foxworthy's You Might Be a Redneck If... 2022 Day-to-Day Calendar 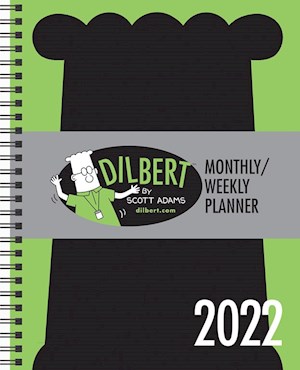 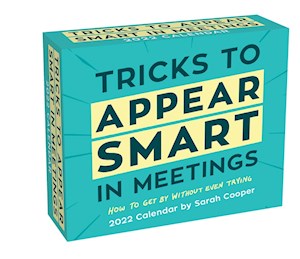