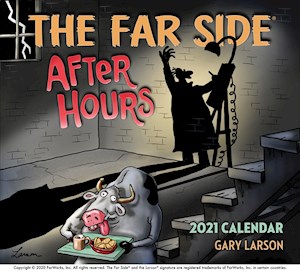 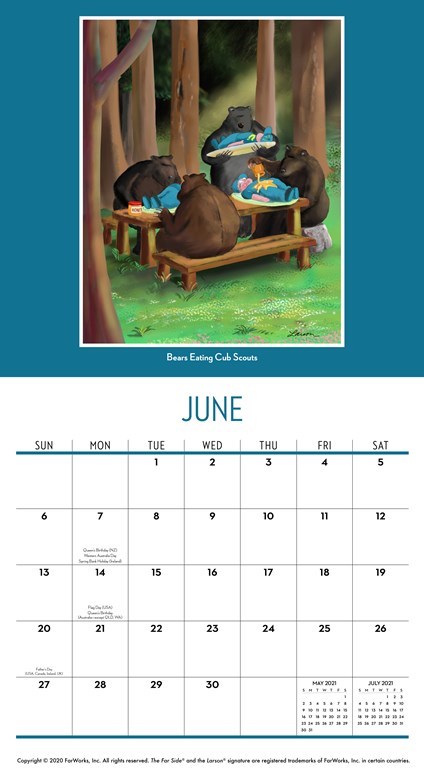 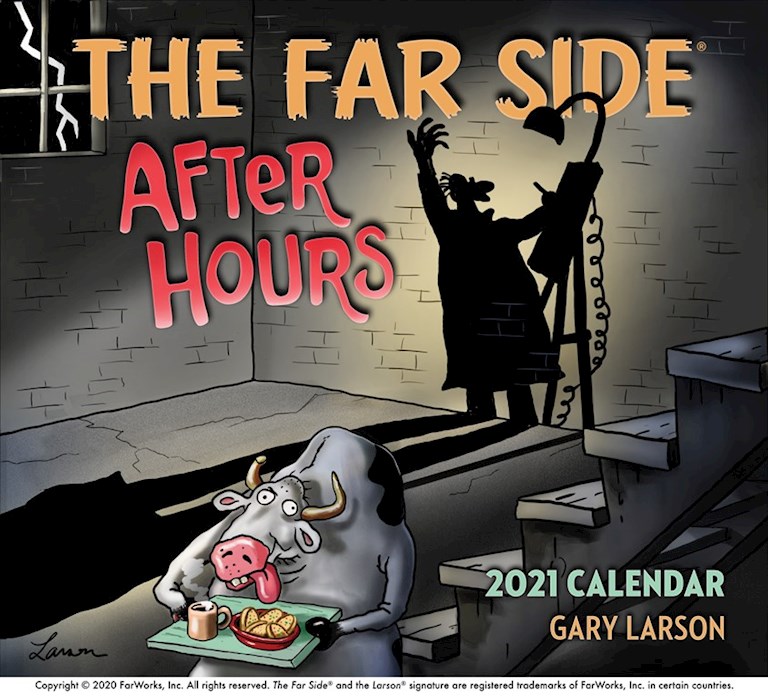 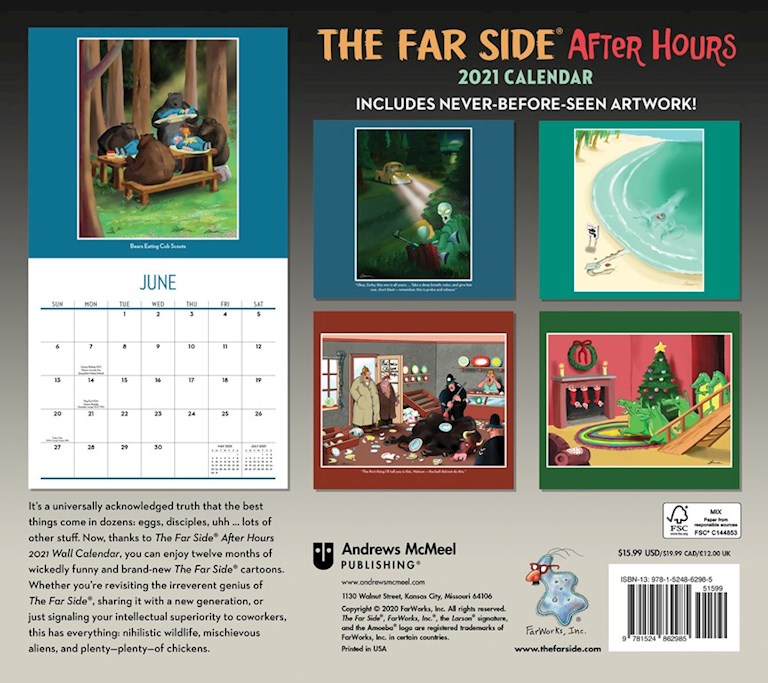 The Far Side® After Hours 2021 Wall Calendar

The Far Side® After Hours 2021 Wall Calendar is ready to grace the world’s vertical surfaces and includes never-before-seen artwork by bestselling cartoonist Gary Larson.

It’s a universally acknowledged truth that the best things come in dozens: eggs, disciples, uhh . . . lots of other stuff. Now, thanks to The Far Side® After Hours 2021 Wall Calendar, you can enjoy twelve months of wickedly funny and brand-new TheFar Side® cartoons. Whether you’re revisiting the irreverent genius of The Far Side®, sharing it with a new generation, or just signaling your intellectual superiority to coworkers, this has everything: nihilistic wildlife, mischievous aliens, and plenty—plenty—of chickens.


Copyright © 2020 FarWorks, Inc. All rights reserved. The Far Side® and the Larson® signature are registered trademarks of FarWorks, Inc. in certain countries.

In 1985, the California Academy of Sciences in San Francisco premiered a collection of four hundred of Larson’s originals in The Far Side of Science exhibit, which later traveled to science venues across North America, including the Smithsonian Institution and the American Museum of Natural History. In 1988, Harvard professor Stephen Jay Gould, a prominent science writer and a member of the museum’s Division of Invertebrate Zoology, dubbed Larson “the national humorist of natural history” in his foreword to The Far Side Gallery 3.

In 1994, Larson debuted a twenty-two-minute version of his first animated film, Gary Larson's Tales From The Far Side, as a Halloween special on CBS television, and it quickly became a cult favorite. The film won the Grand Prix at the 1995 Annecy International Animated Film Festival in France. That film and its sequel, Gary Larson's Tales From The Far Side II, were selected for numerous international film festivals, including Venice, Brussels, and Telluride, and were broadcast in various foreign countries. Both were produced with traditional cel animation, completely hand-inked and painted.

Music has also been an important part of Larson's life. He started playing the guitar at an early age, moved to the banjo for a few years, and then ultimately returned to the guitar. Since retiring from daily newspaper syndication, Larson has focused his creative efforts on the guitar and his passion for jazz.

At the end of its run, The Far Side® appeared in nearly two thousand newspapers. It in turn spawned twenty-three The Far Side® books, including sixteen collections, five anthologies, and two retrospectives, twenty-two of which appeared on TheNew York Times Best Sellers list. Over the years, more than forty million books and seventy-seven million calendars have been sold, and The Far Side® has been translated into more than seventeen languages. 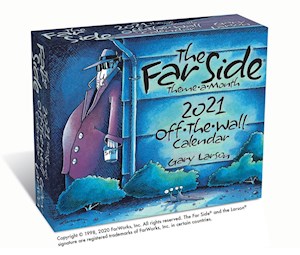 The Far Side® Theme-a-Month 2021 Off-The-Wall Calendar