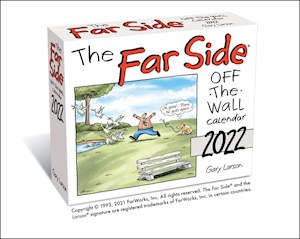 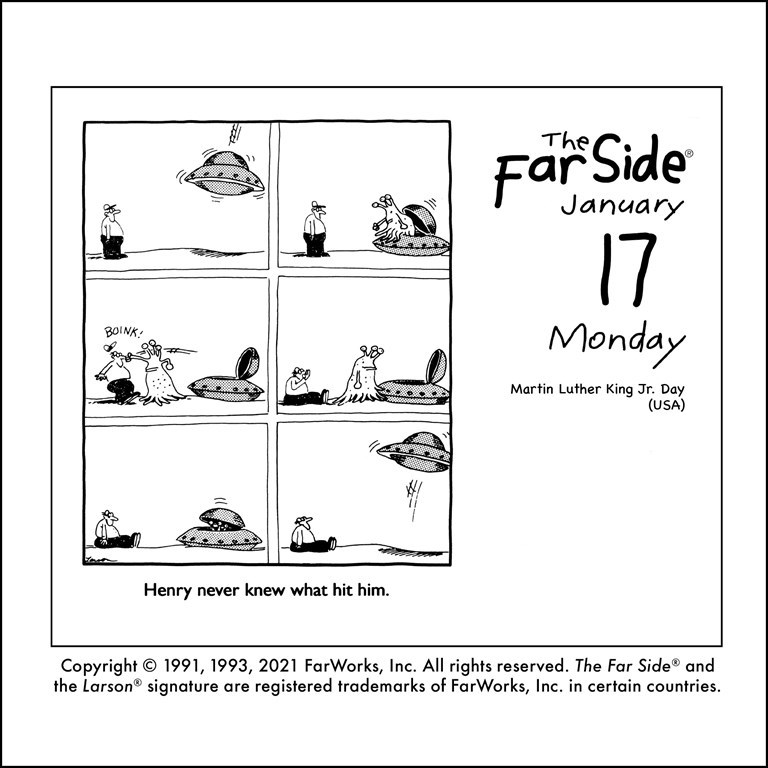 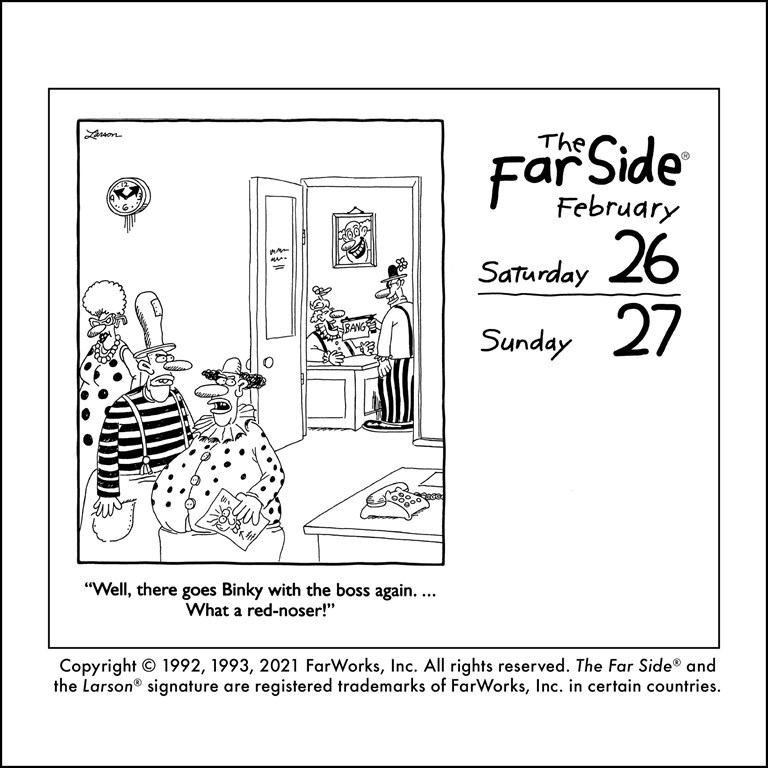 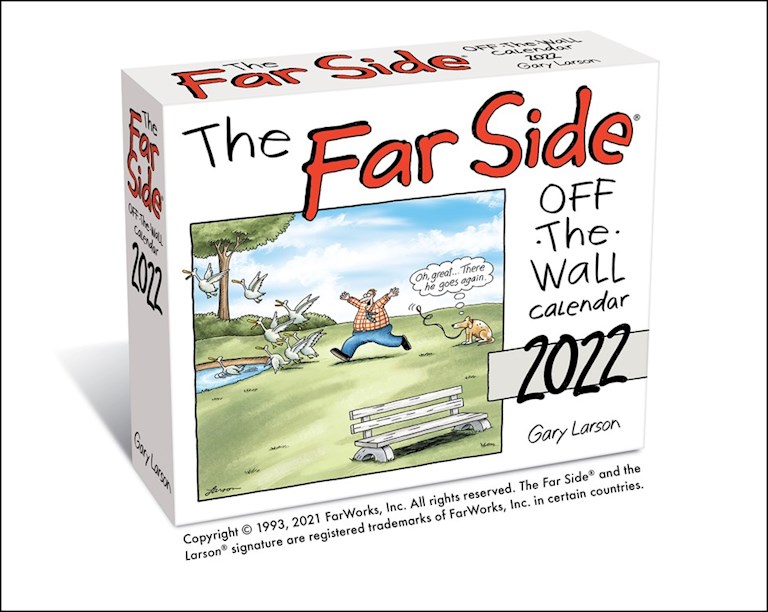 The Far Side® 2022 Off-The-Wall Calendar

Greet each day of 2022 with a maniacal cackle, thanks to the return of the all-time bestselling The Far Side® calendar featuring the most irreverent cartoon to have graced the funny pages. Oh, and did we mention it’s a reissue of The Far Side® 1994 Off-The-Wall Calendar? You’re welcome.

The triumphant return of The Far Side®Off-The-Wall Calendar in 2021 reminded you how much you’ve missed those silly scraps of paper you hadn’t seen in ages. A bovine bartender taped to a neighboring cubicle, notices from the caveman homeowners’ association displayed on a fridge, the postcard of a few vacationing lice pinned to a hallway bulletin board. Fear not! The Far Side®Off-The-Wall Calendar—the world’s bestselling calendar for nineteen years—is back again for 2022!

This year’s edition is a reissue of the beloved 1994 calendar, featuring black and white cartoons from The Far Side® with the days and dates distinguished by a fun, hand-lettered look. Quit sitting around wondering what day it is and ensure you receive your regular dose of anthropomorphic arthropods, ostentatious outlaws, and raving radiologists with The Far Side® 2022 Off-The-Wall Calendar.

In 1985, the California Academy of Sciences in San Francisco premiered a collection of four hundred of Larson’s originals in The Far Side® of Scienceexhibit, which later traveled to science venues across North America, including the Smithsonian Institution and the American Museum of Natural History. In 1988, Harvard professor Stephen Jay Gould, a prominent science writer and a member of the museum’s Division of Invertebrate Zoology, dubbed Larson “the national humorist of natural history” in his foreword to The Far Side® Gallery 3.

At the end of its run, The Far Side® appeared in nearly two thousand newspapers. It in turn spawned twenty-three The Far Side® books, including sixteen collections, five anthologies, and two retrospectives, twenty-two of which appeared on the New York Times Best Sellers list. Over the years, more than forty million books and seventy-seven million calendars have been sold, and The Far Side® has been translated into more than seventeen languages. 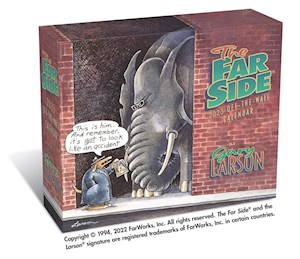 The Far Side® 2023 Off-the-Wall Calendar 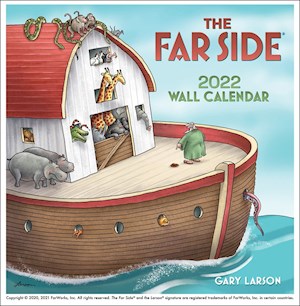