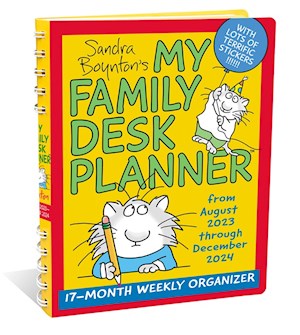 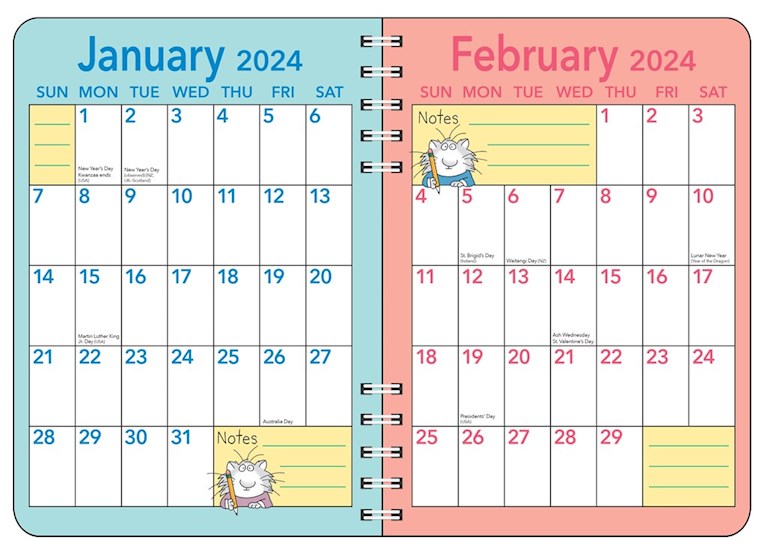 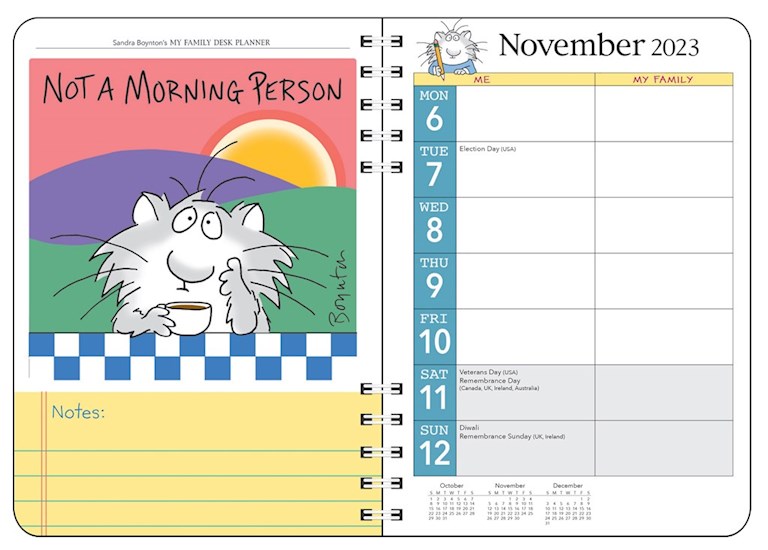 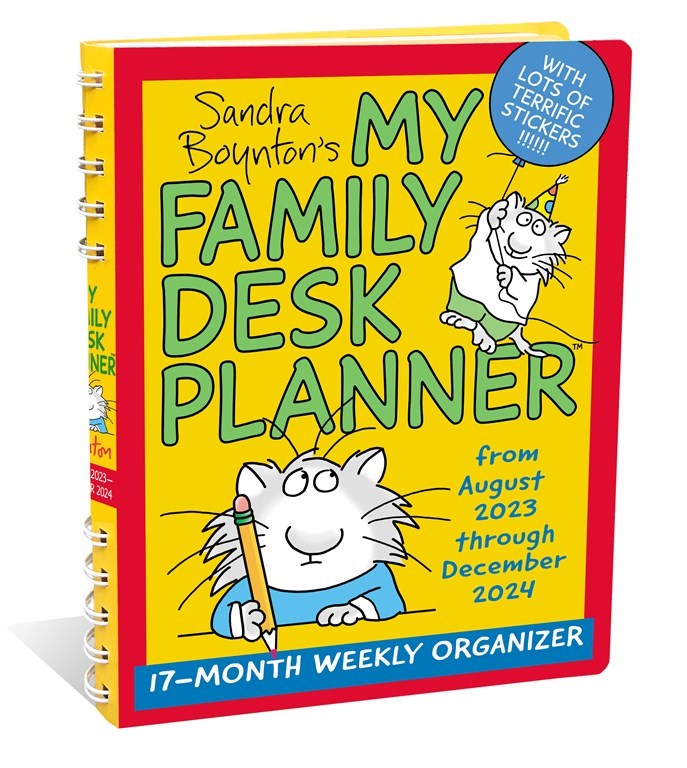 This classic planner by Sandra Boynton makes family organizing fun (insofar as possible) with whimsical animal characters cheering you along.

The planner starts with the school year in August 2023 and spans 17 months to December 2024. Monthly spreads at the front of the planner are for big-picture planning, while the weekly spreads that follow are for scheduling the days’ details. Each weekly spread offers two dedicated spaces for daily agendas: one for the main organizer (often Mom or Dad) and a separate column for the rest of the family––plus space for notes and dynamic artwork from Boynton.

Sandra Boynton is a popular American cartoonist, author, songwriter, producer, and director. Since 1974, Boynton has written and illustrated over seventy-five children's books and seven general audience books, including five New York Times Bestsellers. More than 85 million of her books have been sold, “mostly to friends and family,” she says. She has also written (with Michael Ford) and produced six albums of renegade children’s music. Three of her six albums have been certified Gold (over 500,000 copies sold), and “Philadelphia Chickens,” nominated for a Grammy, has been certified Platinum (over 1 million copies sold.) Boynton has also directed twelve music videos of her songs, including the award-winning “One Shoe Blues” starring B. B. King, “Alligator Stroll” starring Josh Turner, and “Tyrannosaurus Funk” (animation) sung by Samuel L. Jackson. She lives in rural New England, where her studio is in a barn with perhaps the only hippopotamus weather vane in the United States. 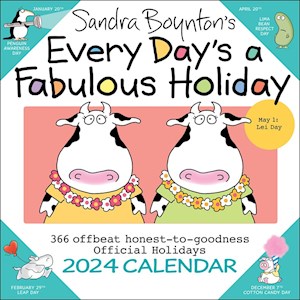 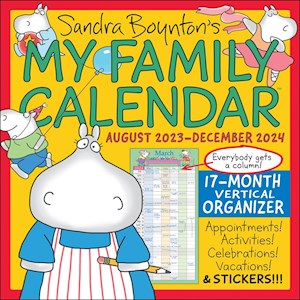 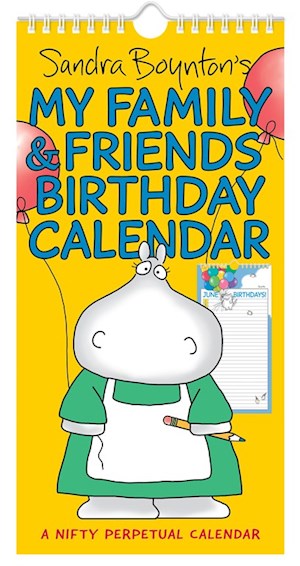 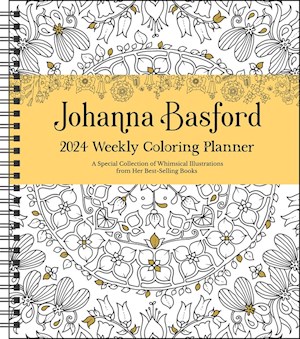