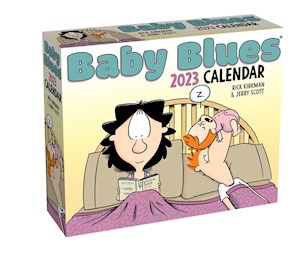 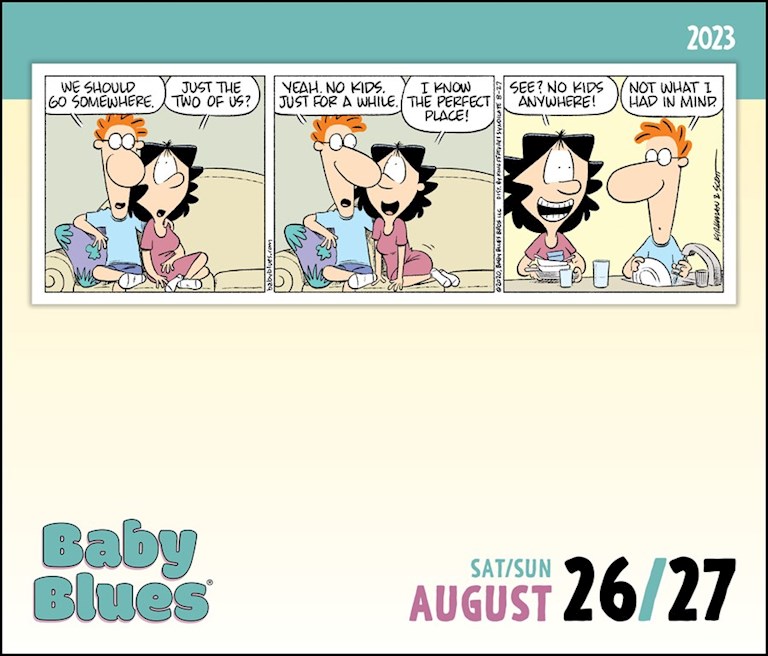 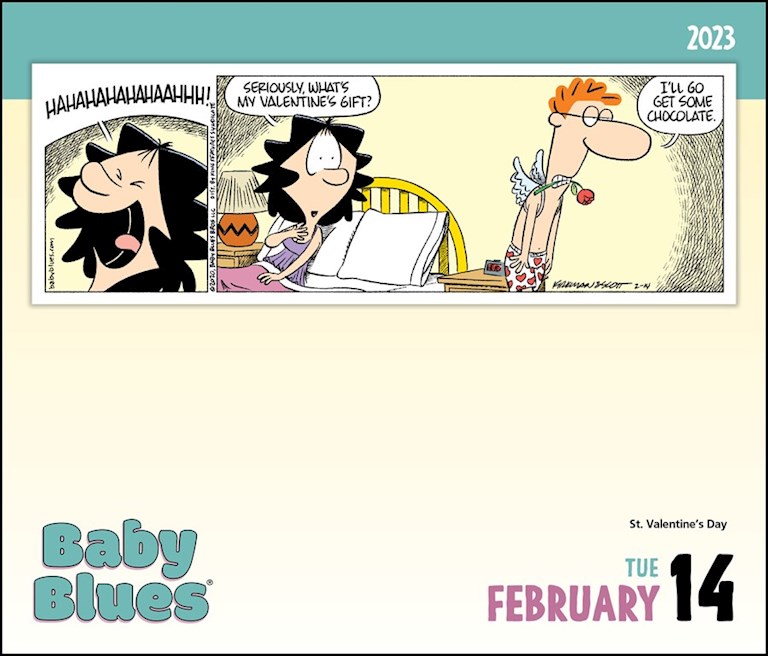 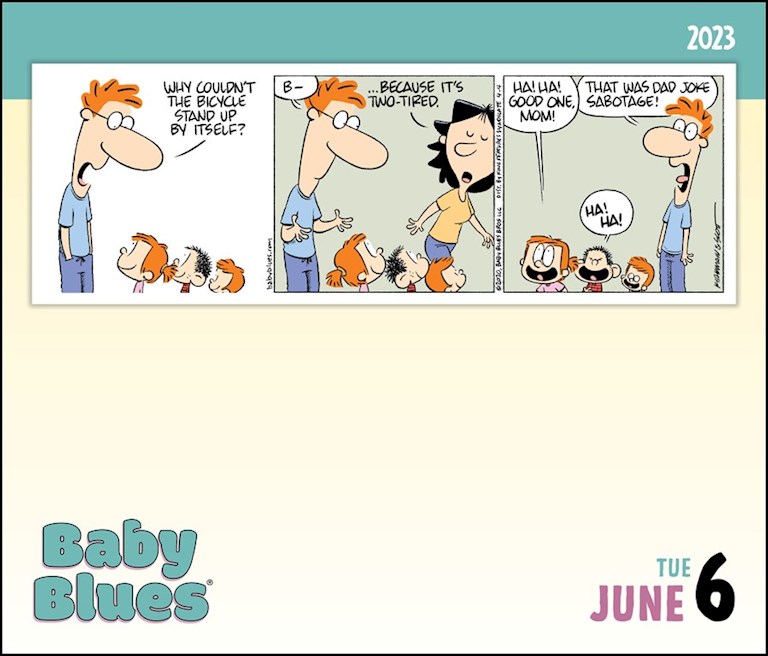 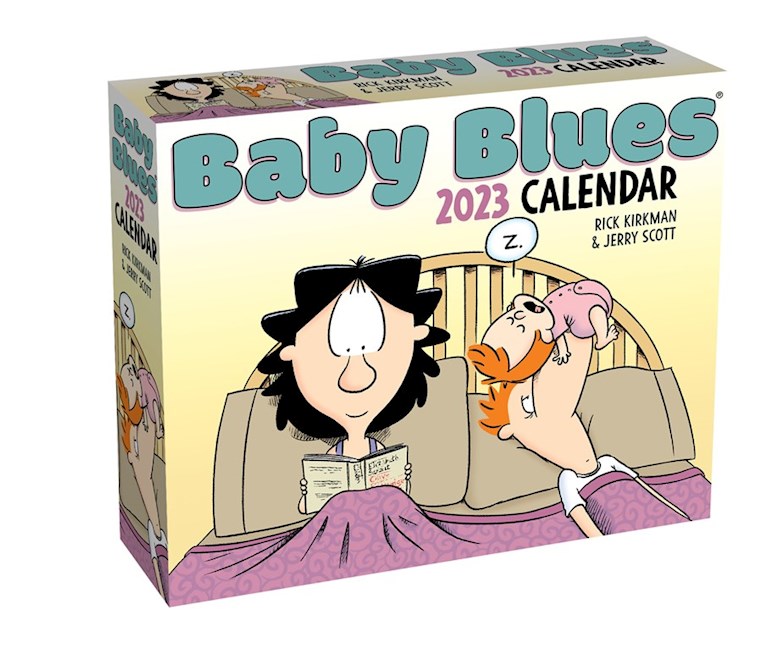 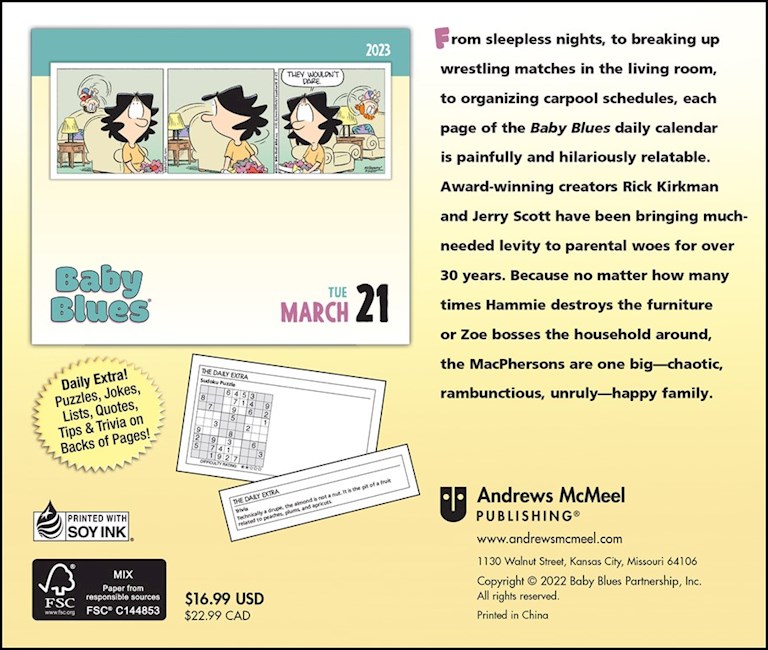 Each page in the Baby Blues 2023 Day-to-Day Calendar features a full-color strip where you can follow the MacPherson family shenanigans as they juggle work life, kids, home life, kids, loving-everyone-anyway, and kids.

Rick Kirkman is the co-creator and illustrator of Baby Blues. He won the Reuben Award in 2012 for his work on the strip. Before the strip, Rick illustrated for Children's Television Workshop and Parents and Redbook magazines, among others. Kirkman lives in Arizona with his wife and numerous pets.

Jerry Scott is one of only four cartoonists to have two comic strips distributed simultaneously to over 1,000 newspapers each. Jerry provides the writing for both Baby Blues and Zits, and also won the Reuben Award in 2001. He credits his childhood paper route with kindling his interest in comics. Scott lives in California with his wife and teenage daughter. 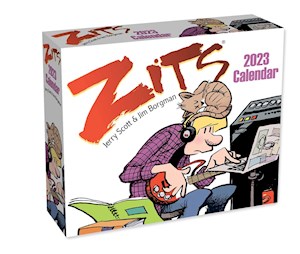 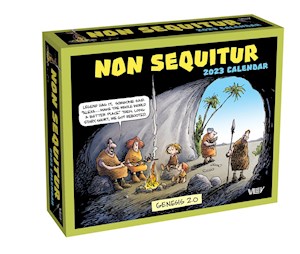 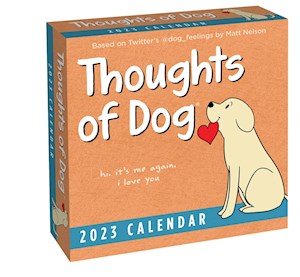 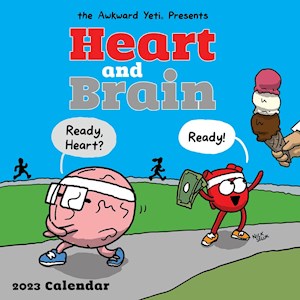 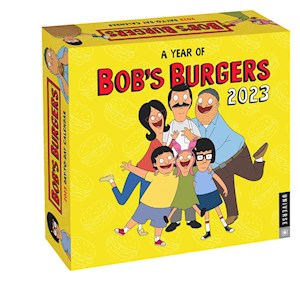