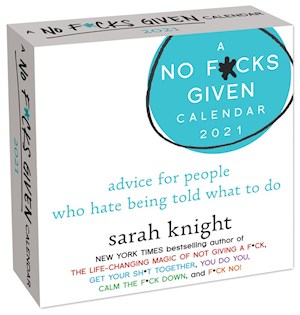 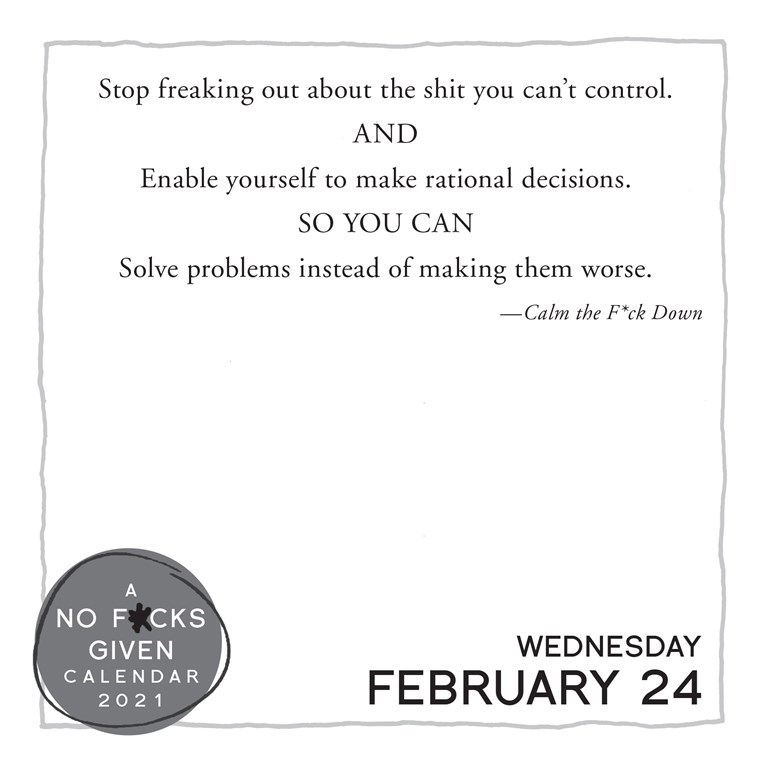 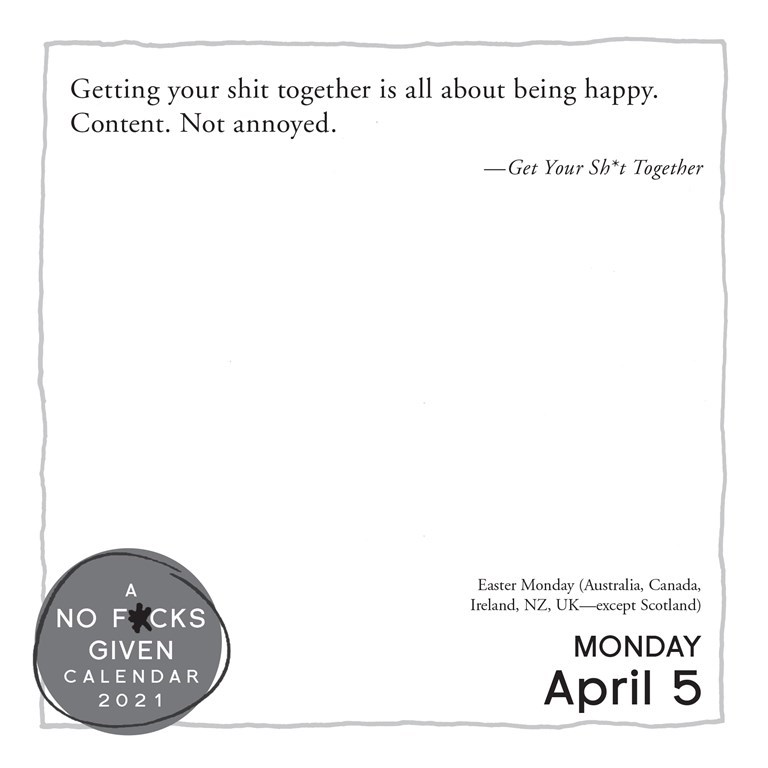 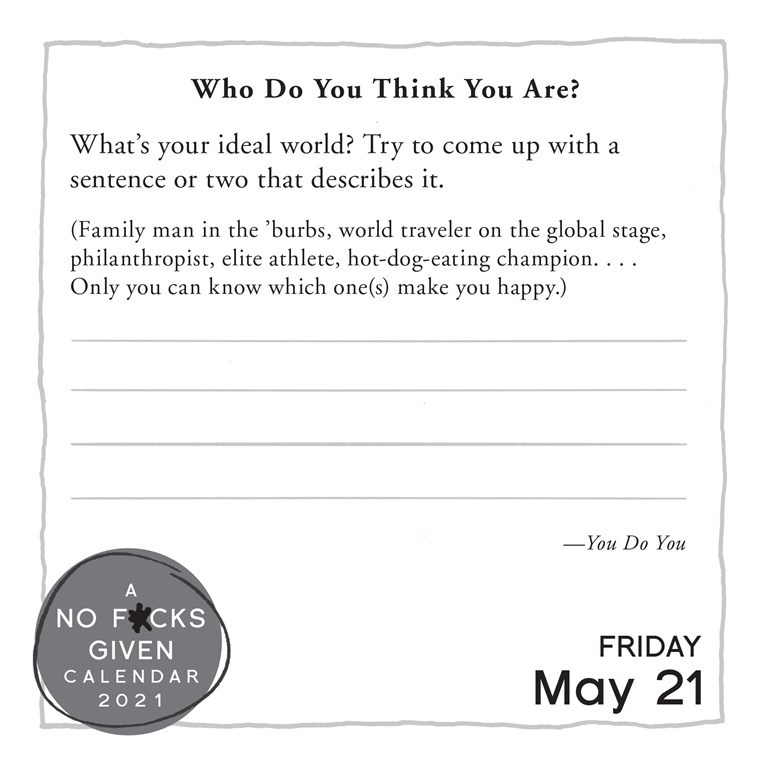 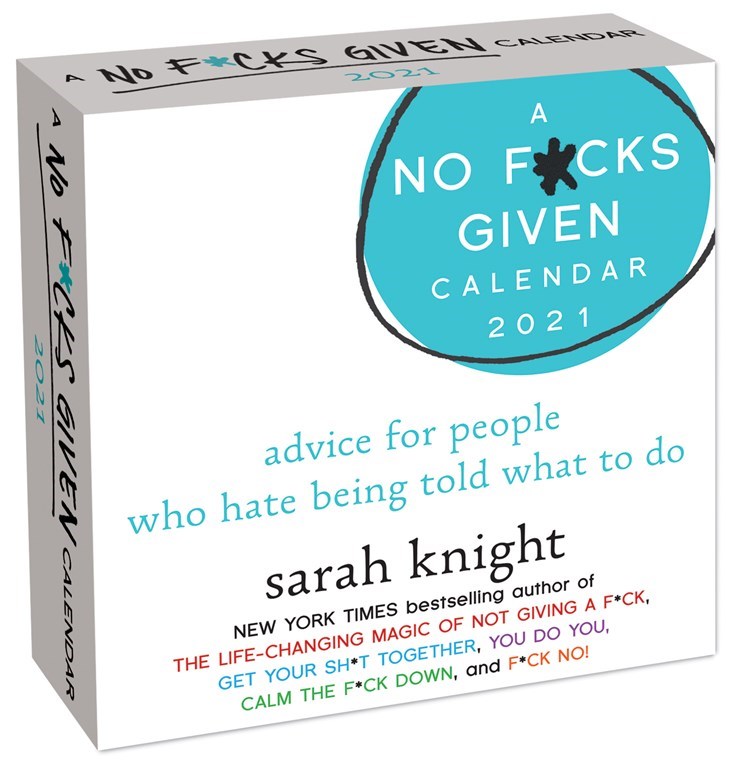 advice for people who hate being told what to do

Presented in Knight's fresh, no-holds-barred voice, this interactive A No F*cks Given Guide 2021 Day-to-Day Calendar offers daily tips and real-talk advice for always living your best life in a more authentic way—and stop apologizing for it.

"Anti-guru" Sarah Knight is the bestselling author of the No F*cks Given Guides: The Life-Changing Magic of Not Giving a F*ck, Get Your Sh*t Together, You Do You, Calm the F*ck Down, and F*ck No!.

Sarah Knight's first book, The Life-Changing Magic of Not Giving a F*ck, has been published in more than thirty languages, and her TEDx talk, "The Magic of Not Giving a F*ck," has more than seven million views. The books in her No F*cks Given Guides series have been international bestsellers, including Get Your Sh*t Together, which was on the New York Times bestseller list for sixteen weeks. Her writing has also appeared in Glamour, Harper's Bazaar, Marie Claire, Red, Refinery29, and elsewhere. After quitting her corporate job to pursue a freelance life, she moved from Brooklyn, New York, to the Dominican Republic, where she currently resides with her husband, two feral rescue cats, and a sh*tload of lizards. 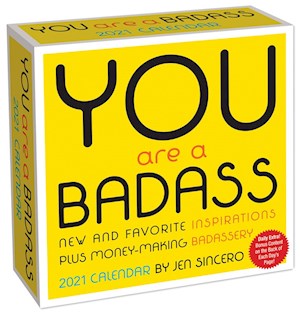 You Are a Badass 2021 Day-to-Day Calendar 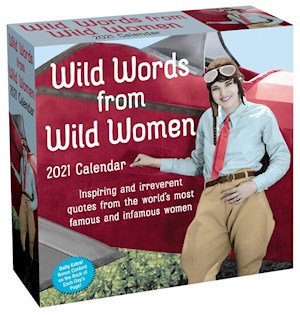 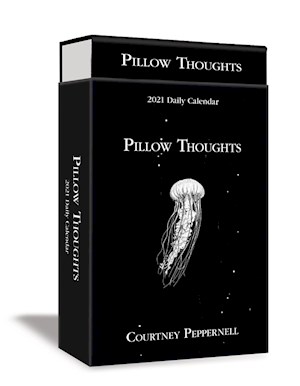 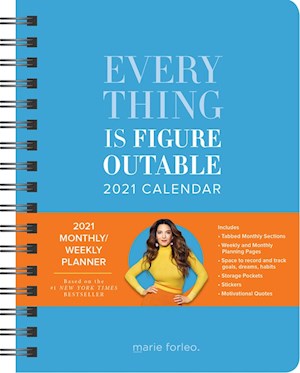 Everything Is Figureoutable 2021 Monthly/Weekly Planner Calendar