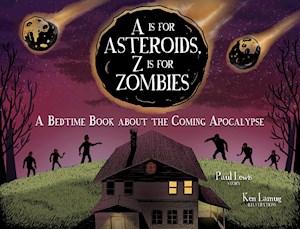 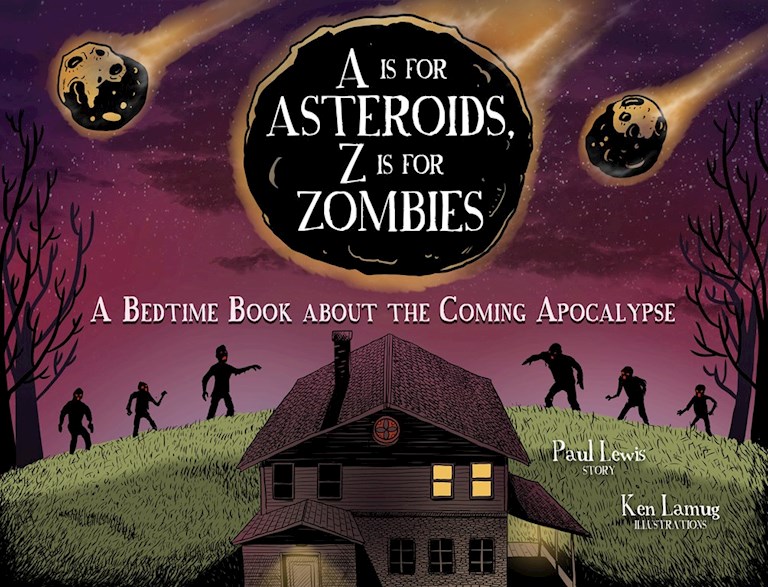 A Is for Asteroids, Z Is for Zombies

A Bedtime Book about the Coming Apocalypse

A darkly comic fable that offers visions of the apocalypse for every letter of the alphabet.
Starting with a father whose son has been asking questions about global dangers, A Is for Asteroids, Z Is for Zombies takes us inside our worst fears, laughing at some and taking others seriously. With macabre verse and fantastically gory illustrations, it provides gallows humor for our doom-haunted times.

Paul Lewis is an English professor at Boston College, the president of the Poe Studies Association, and the author of Cracking Up: American Humor in a Time of Conflict (U Chicago Press). A fascination with gothic fiction and horror films prepared him to publish “The Funeral Game” in Crazy Magazine while he was in graduate school, coin the word “Frankenfood” at the dawn of the GMO era, and write A Is for Asteroids, Z Is for Zombies. As a freelance writer, Lewis has published op-ed and humor pieces in leading newspapers.

Ken Lamug is a filmmaker, photographer, author, and illustrator best known for his children's book, A Box Story, adult humor book, Hurts Like a Mother: A Cautionary Alphabet, and as co-creator of the independent film, Vegasland.